‘The Soloist’ is a drama I worked on at LA Center Studios for 5 months in 2008, where I was a digital set designer.

Anderson Street: This existing street east of downtown LA provided the perfect location to recreate Skid Row’s San Julian street. I was tasked with surveying the entirety of the street, buildings and bridge. A white model was built to control the many departments that were to take part in altering the street. I developed a master plan of the street and all street elevations. Working with research photos and design direction from the Production Designer, I along with two other set designers, developed a series of set extensions and plugs to work with the existing buildings to create a sense of deteriorated businesses, stores, apartments, hotel, the Midnight Mission and L.A.M.P (LA’s Mens Project). 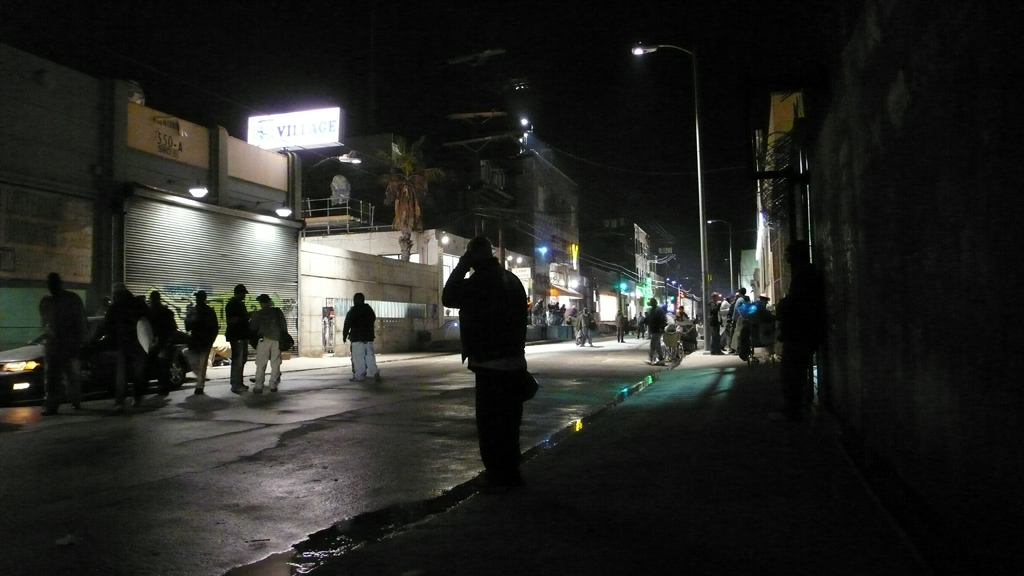 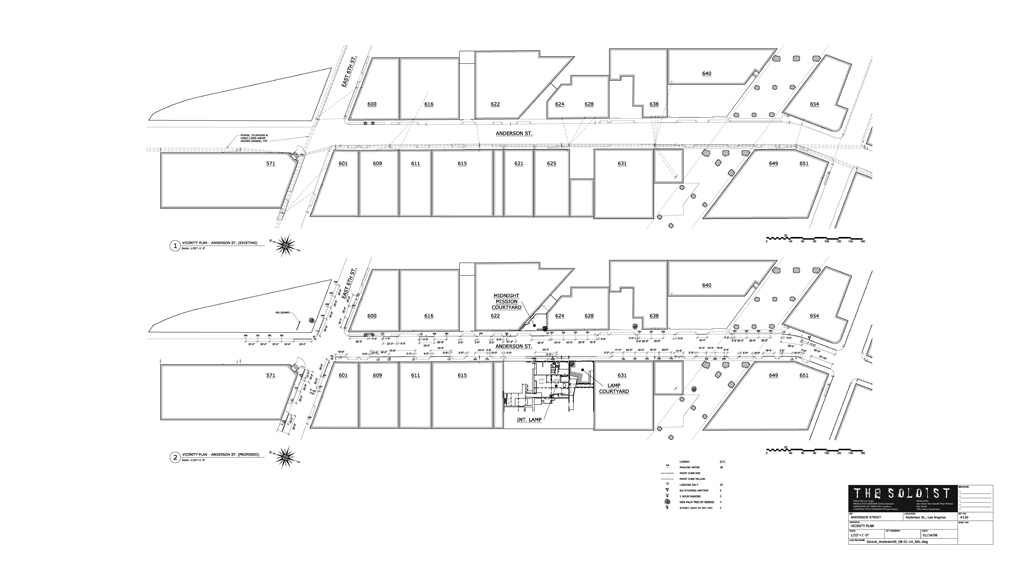 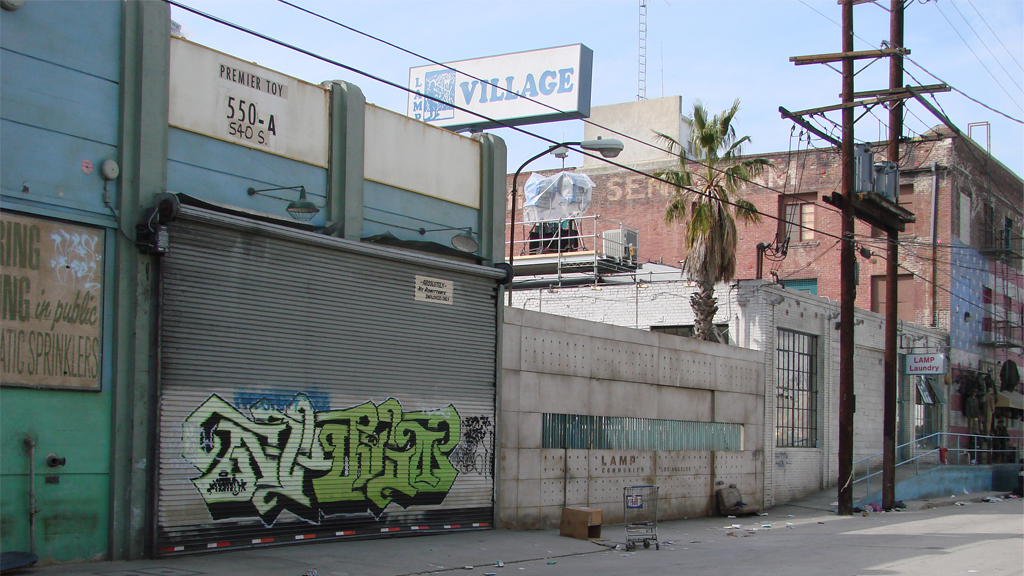 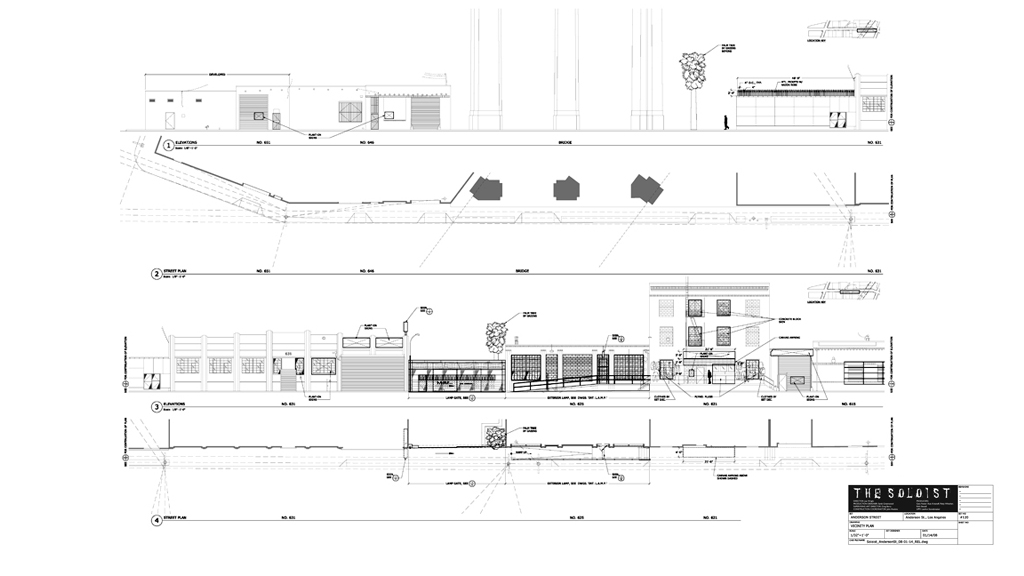 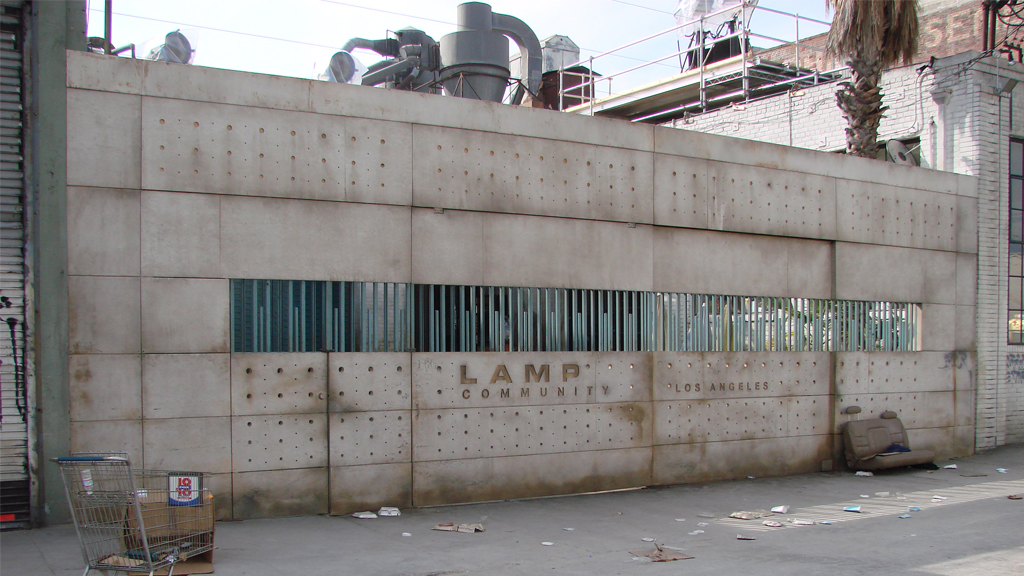 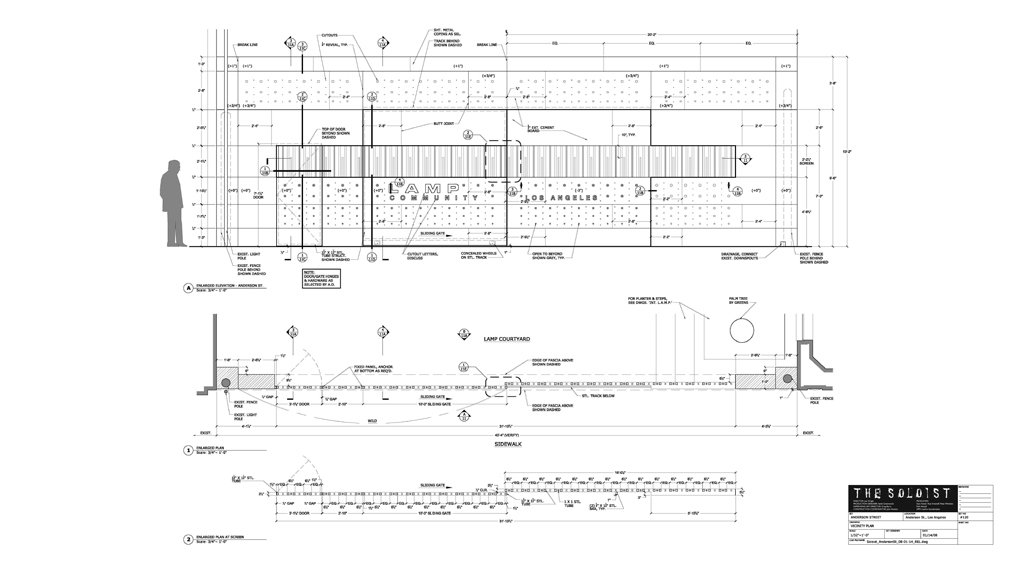 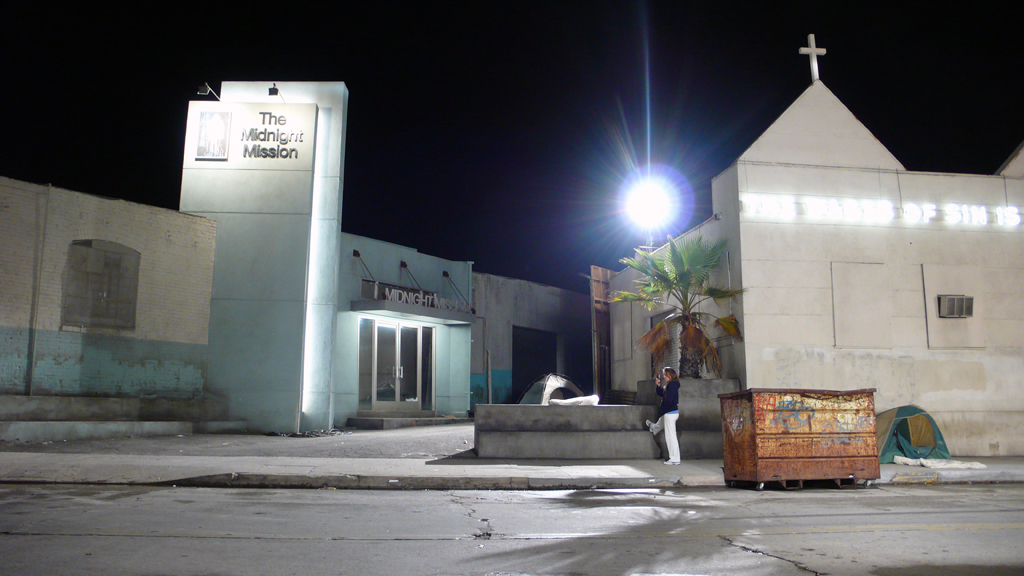 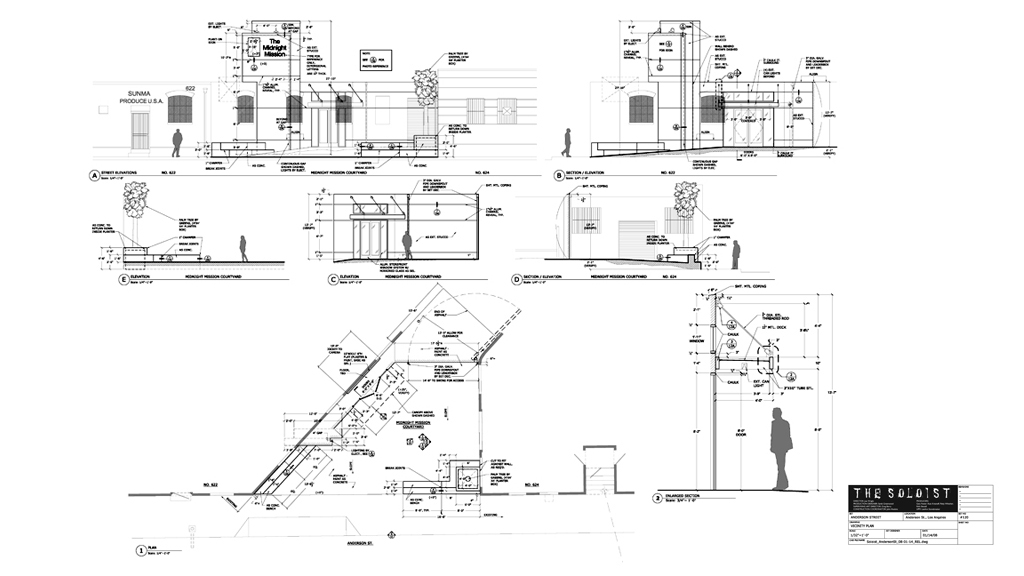 Ayers House: Based on a existing 1920s walkup in Cincinnati, Ohio during the time of the race riots in the 60s, the house plays home to the childhood beginnings of the musical brilliance of Nathaniel Ayers. Exterior shots were done on location in Cincinnati. The elaborate interior shots called for a basement scene that accomodated the camera moving from the interior out the living room window to the outside then back to peer through the basement window at a young Nathaniel playing his cello, requiring this to be a two-storey set. The basement, which served as Nathaniel’s bedroom, its window to the street level, stairs and furnace were central to the action to tell the story of young Nathaniel’s life struggles. The interior of the house was layed out with the Production Designer with the existing house used as a point of departure. The interior moulding, trimwork and wallpaper was based on in-depth, period photo research. 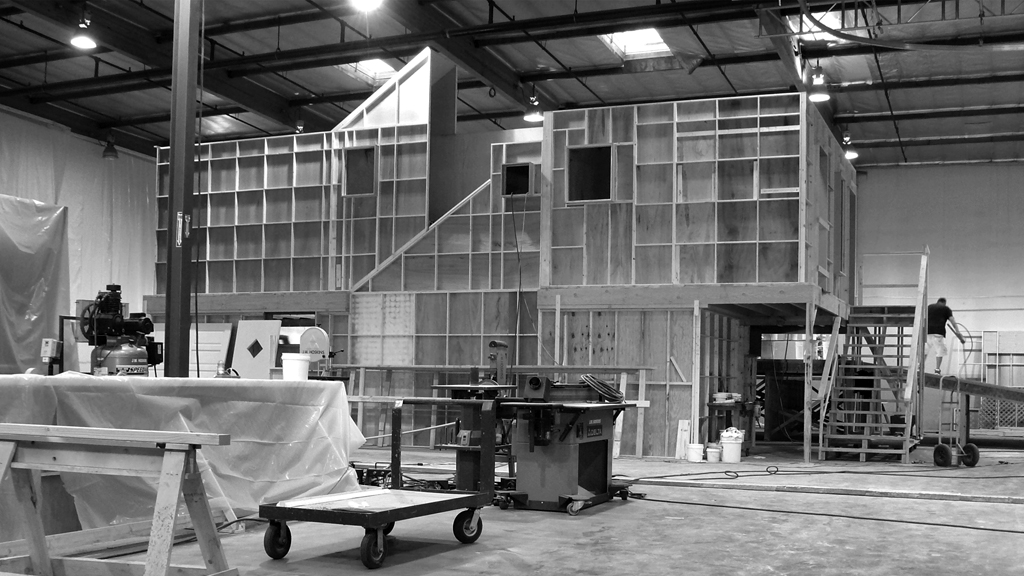 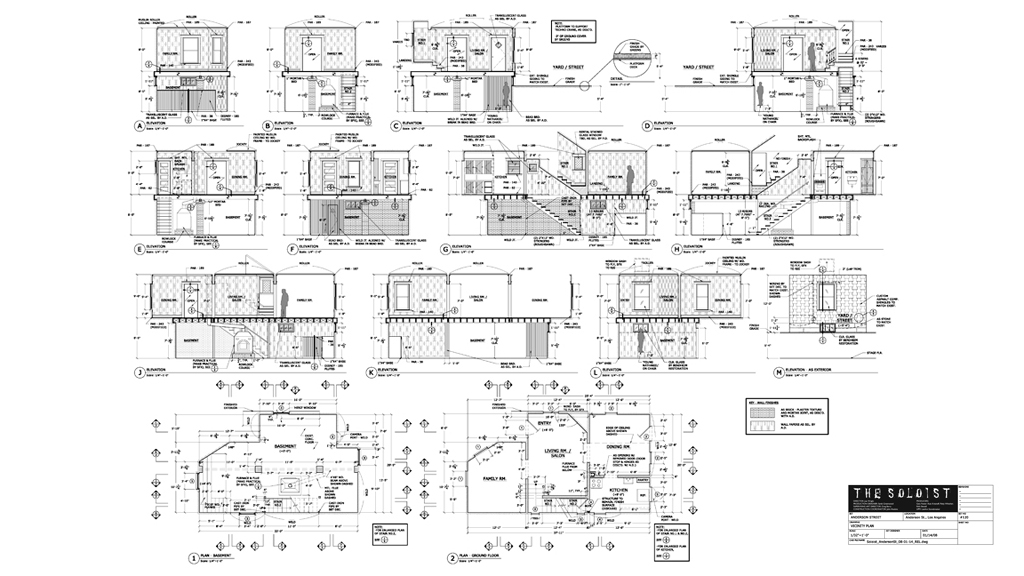 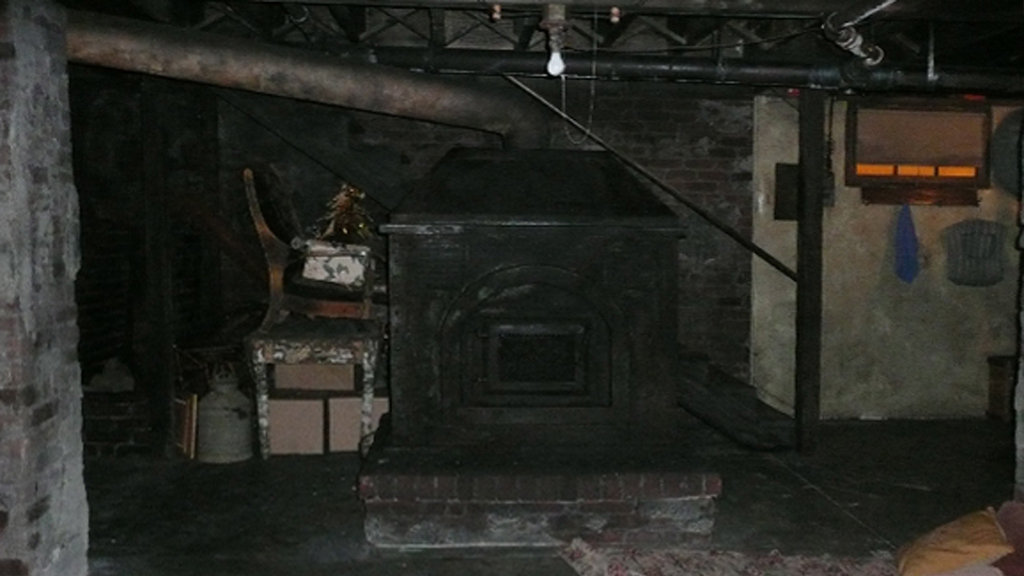 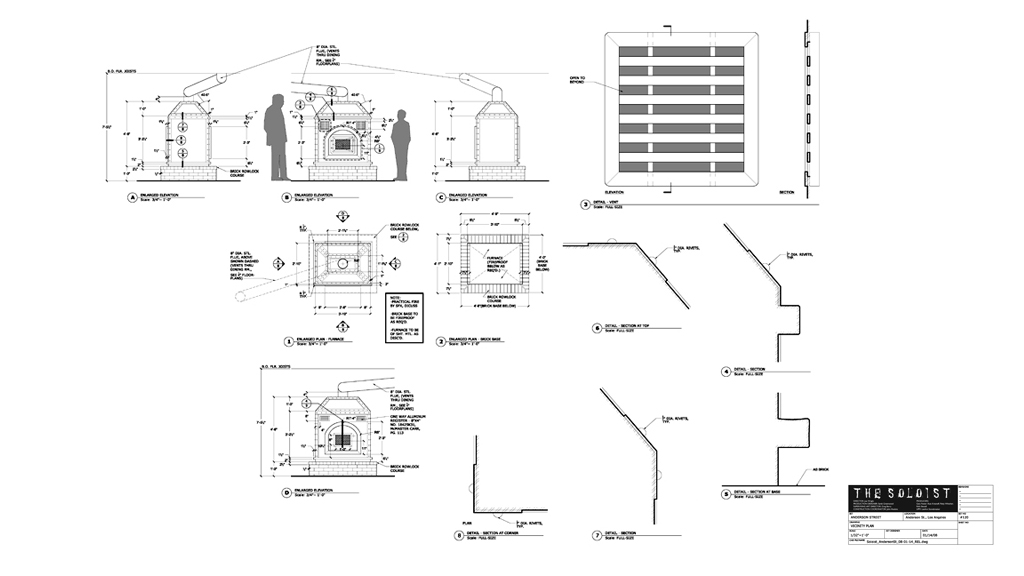 L.A. Times: The Soloist was the first production ever to shoot within the interior of the L.A. Times newspaper division. Existing locations, as great as some are, pose significant problems for productions due to constraints on equipment, camera angles and movement and most importantly the lighting of the set. To overcome the lighting problem, I developed the design from a napkin sketch with the Production Designer and Art Director, to encase the columns with painted metal column covers, that could hide electrical wires and provide additional lighting through radiating, branch-like light fixtures just underneath the existing (asbestos) ceiling tiles. 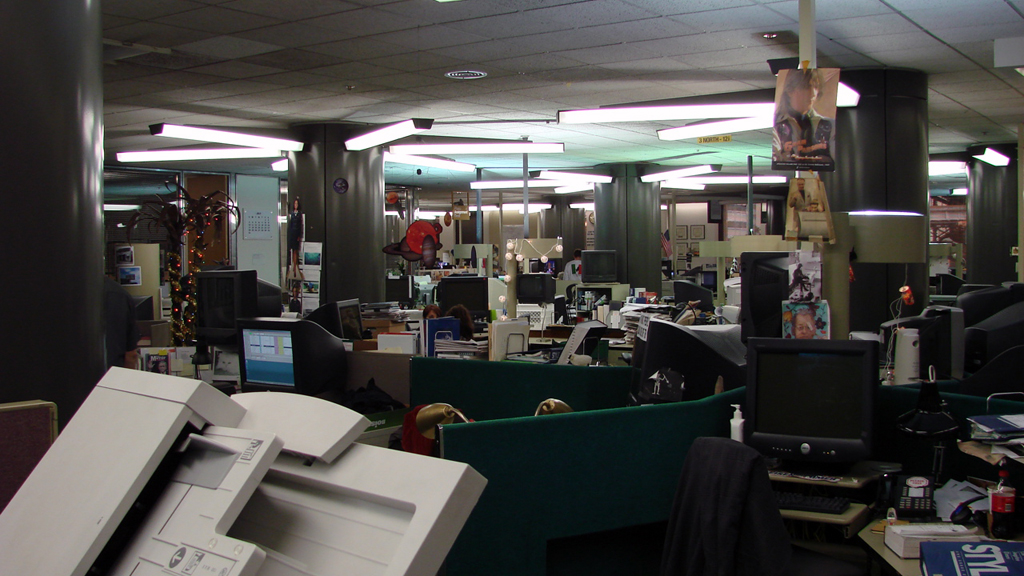 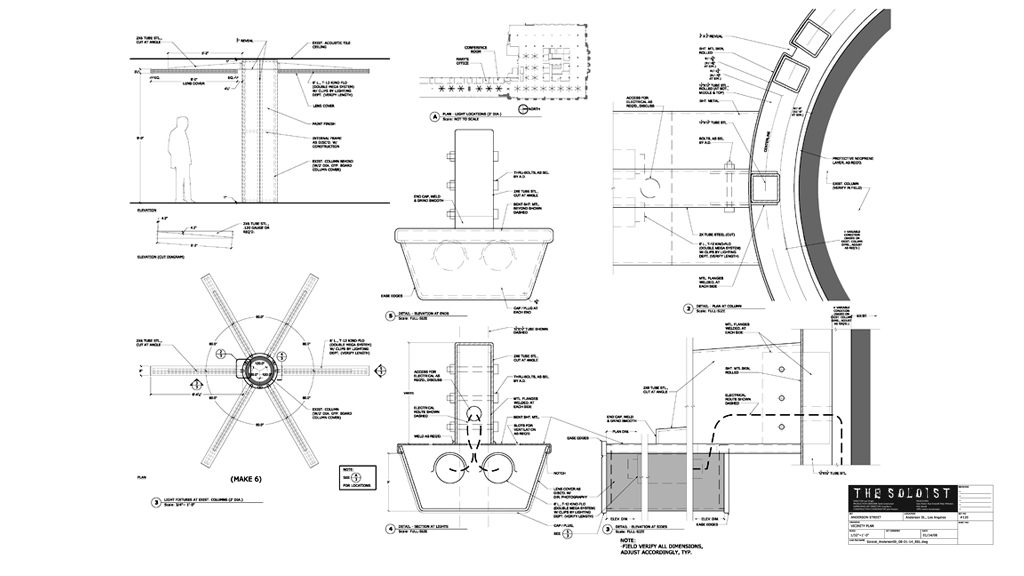