Armored Stagecoach: Working with the Production Designer and Illustrator, I developed the detailed design from a initial concept illustration. The action revolved around not just the drivers of the armored wagon but Pinkerton agents on the inside of the wagon and also protecting the rear. I designed a functional tailgate and rear platform that works like a hybrid pickup truck – the tailgate holding the gatlin gun can swing clear and another tail section drops to the ground and becomes steps to enter the back of the Stagecoach. I also developed the period design of the interior of the Stagecoach where the cashboxes were locked and protected. 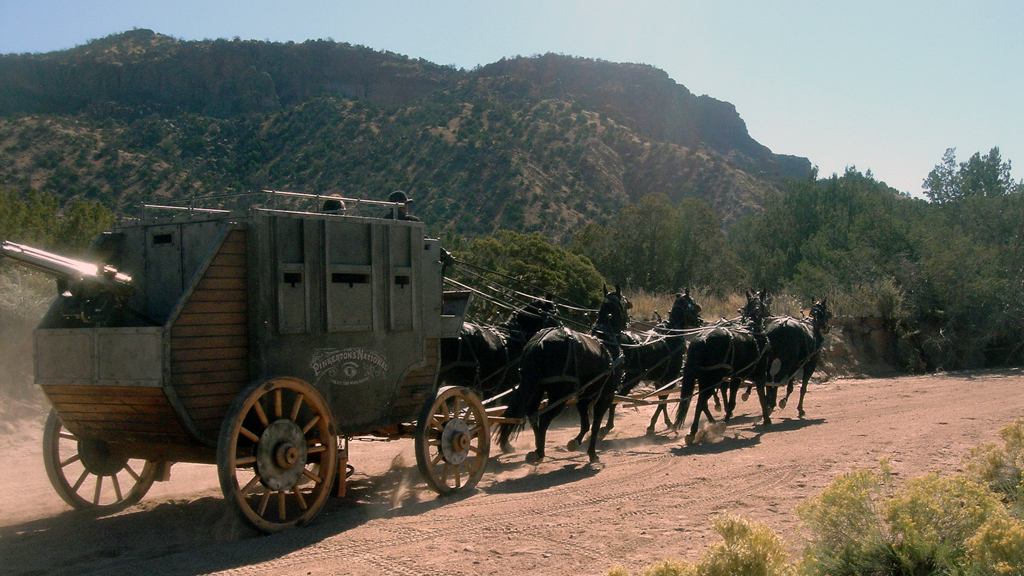 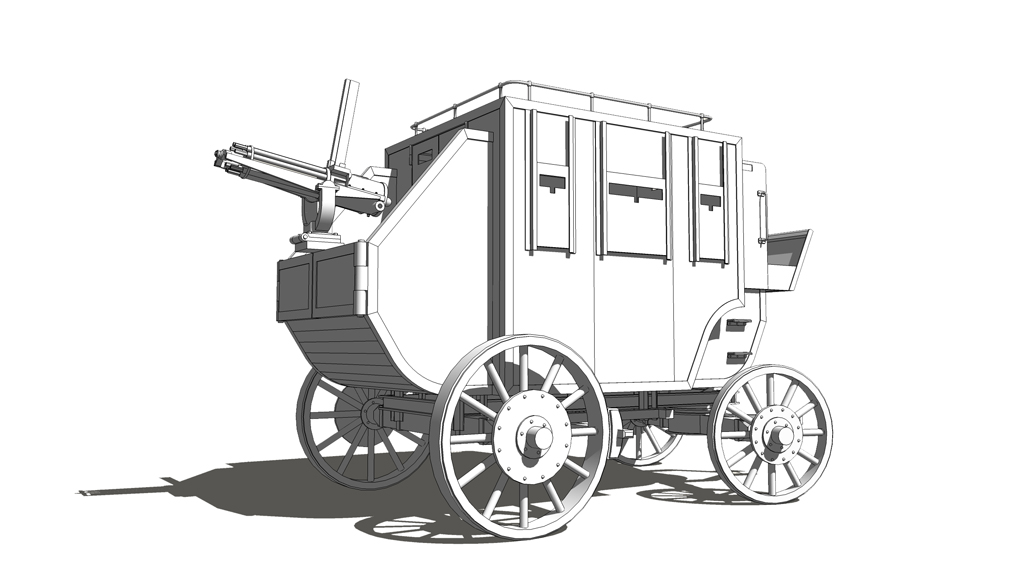 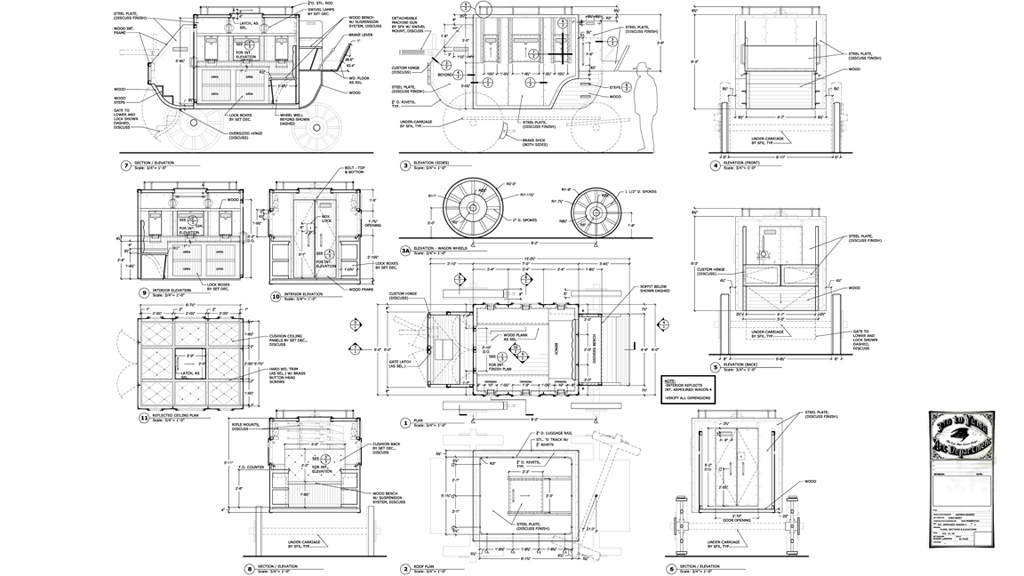 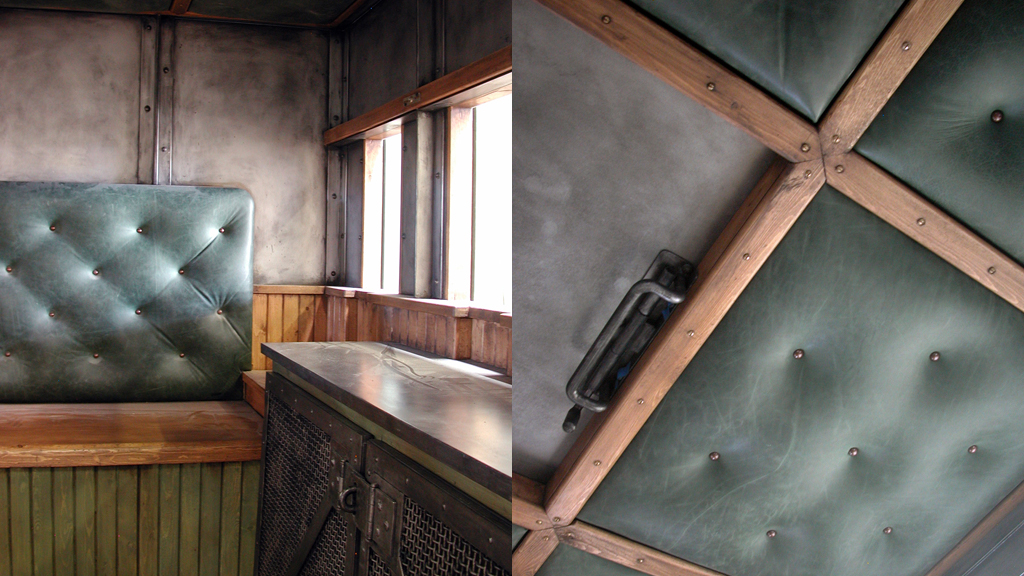 Bisbee: This Western ranch town was existing and used primarily for tv shows. My task was to document the entire town to create a master plan to control set decorating, construction, props and graphics (signage). A water tower, completely rebuilt saloon, doctor’s office and jail was added to support the story and action. 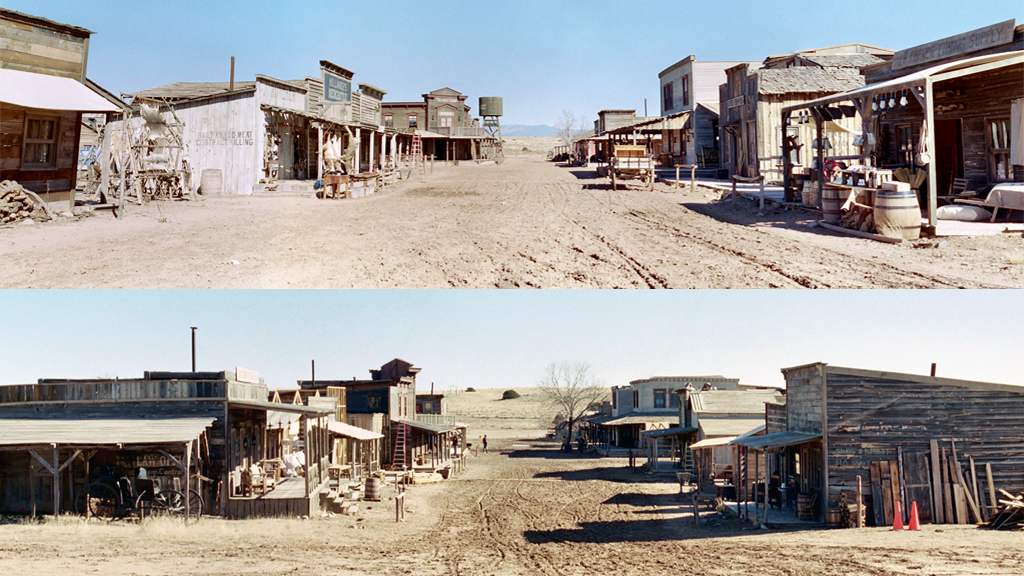 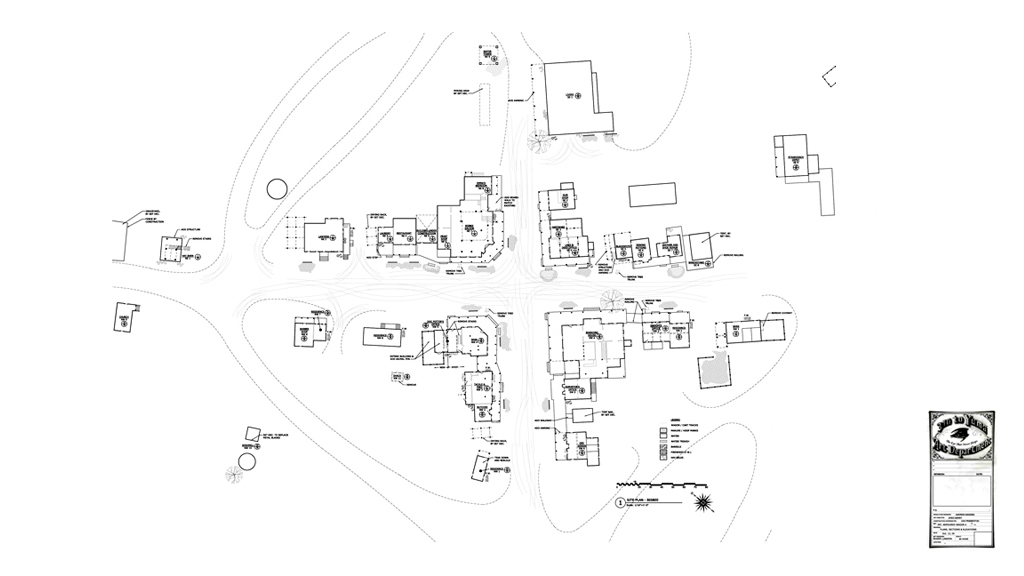 Blasting Camp/Tunnel Collapse: Working closely with the Art Director, I had to document and physically model two tunnels, circa 1880s, in a remote location to be used for the Chinese blasting camp scene and tunnel chase. I did a master plan of the area to control set decorating/props and construction. From photo research, I designed and developed a system of tunnel excavation scaffolding and platforms, to heighten the action of the horse chase that interrupted the excavation work. A dramatic collapse needed to occur at the mouth of tunnel. With the Production Designer, I had to design and develope the before and after collapse. Special effects provided the actual explosion between the practical before and after sets built at the location. 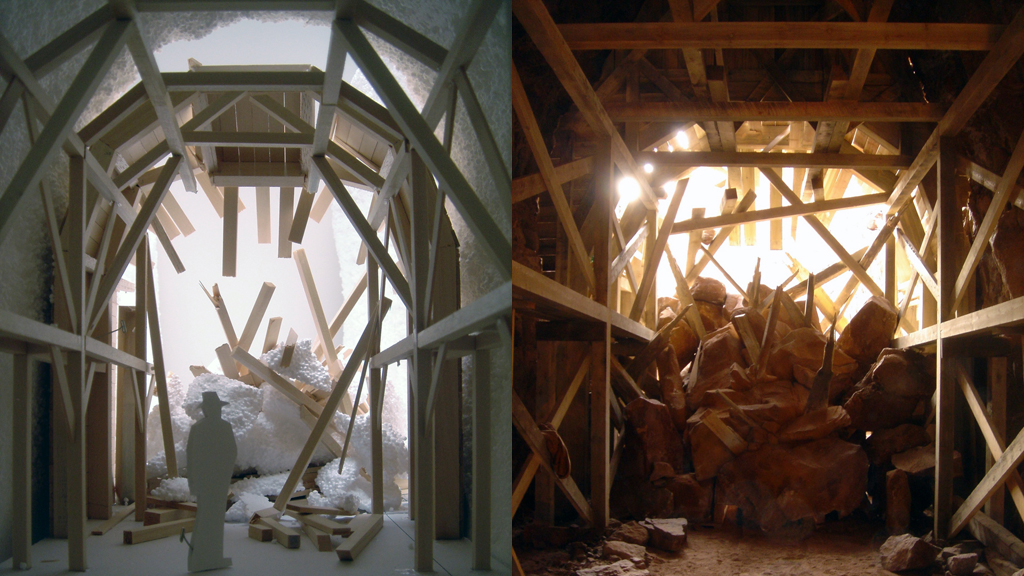 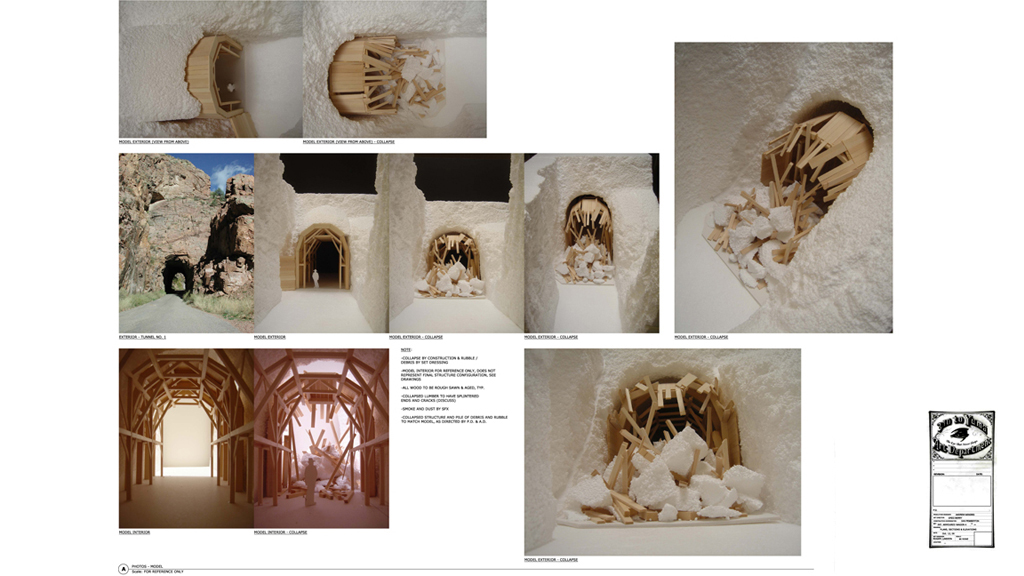 Contention: The final western railroad town of Contention was a extensive build on one of the largest ranches in New Mexico. Due to a fire, only a few existing buildings remained from its existing western town hey day. Working with the Production Designer, a master plan was created to control all the different departments involved. I built a physical white model, to study the proposed city street layouts, ‘hero’ hotel location, roof plans, tent town, corrals, and the critical railroad station and tracks. The town layout/urban design was a direct result of serving the narrative and action. After doing the master-planning and model building I also designed a block of buildings across from the hotel. My master plan drawings and photos of the white model – provided the design framework for visual effects to build the entire town digitally for a distant, establishing shot. 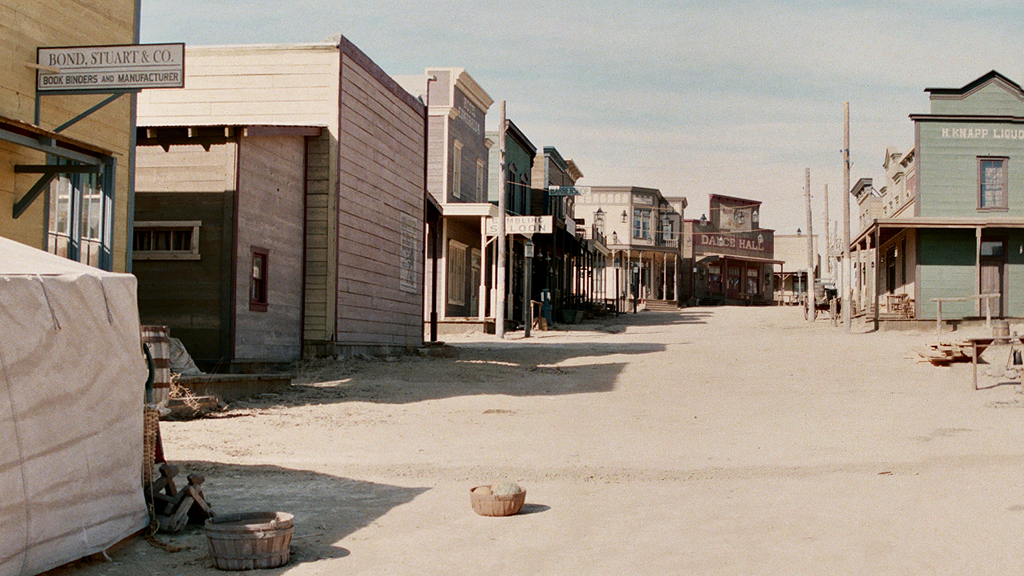 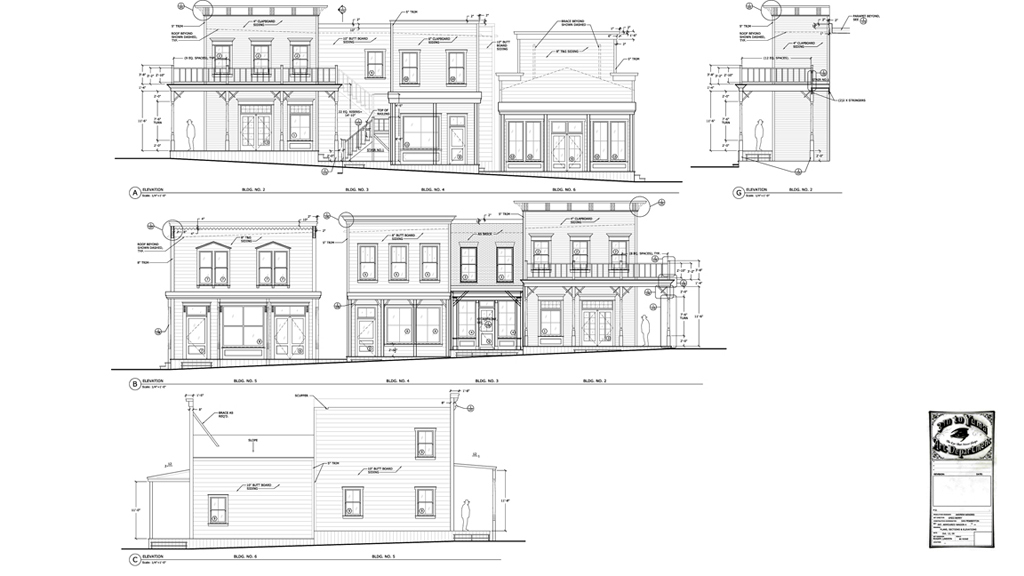 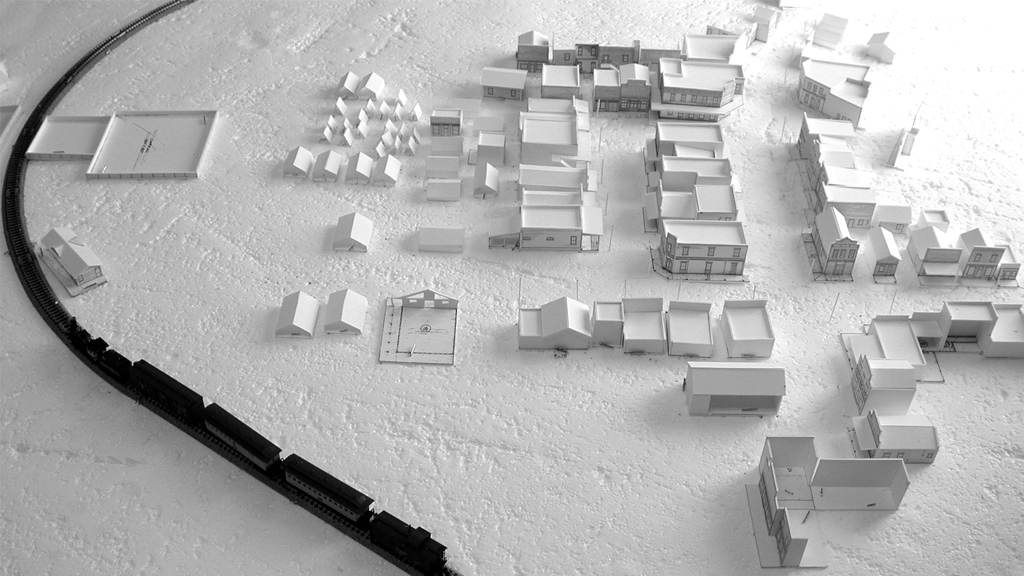 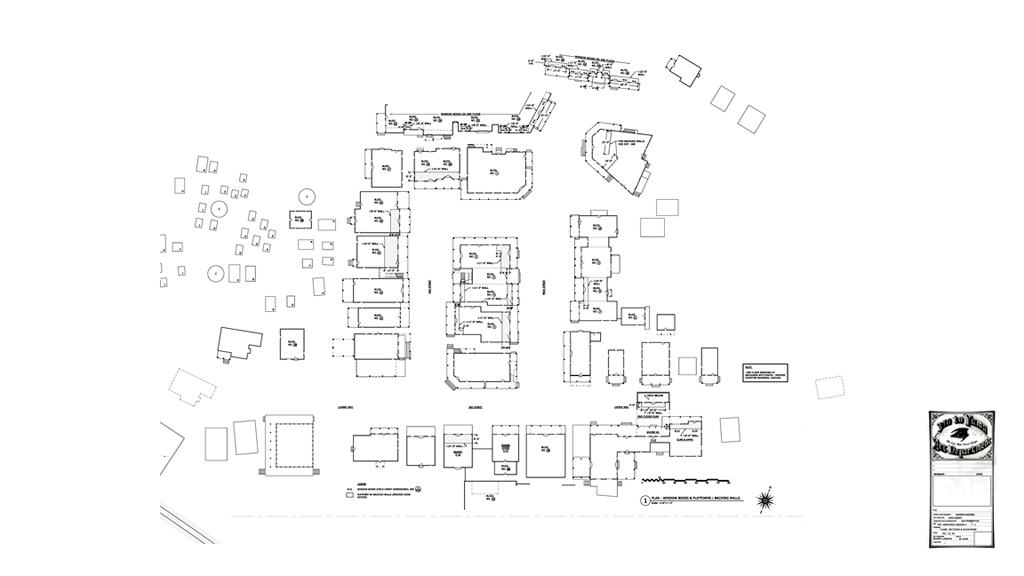