‘Reign Over Me’ is a drama I worked on at Sony Studios in Culver City for 4 months in 2006, where I was a digital set designer and model maker.

Interior Courtroom: The Production Designer established a specific program with the Director that I interpreted into a concept of a ‘courtroom in the sky.’ A dramatic courtroom scene had a preface of a establishing shot of a existing modern building in New York City. A general design language was interpreted from the existing building into a modern design of horizontal lines and proportions, transparency/spectacular views, travertine finish, highly reflective black flooring and architectural cast-in-place concrete. I was also able to design all the furniture – judges bench, witness stand and free standing tables for the plaintiff and prosecution. The constraints of a smaller sound stage at Sony Studios resulted in a tighter/smaller set then originally conceived. 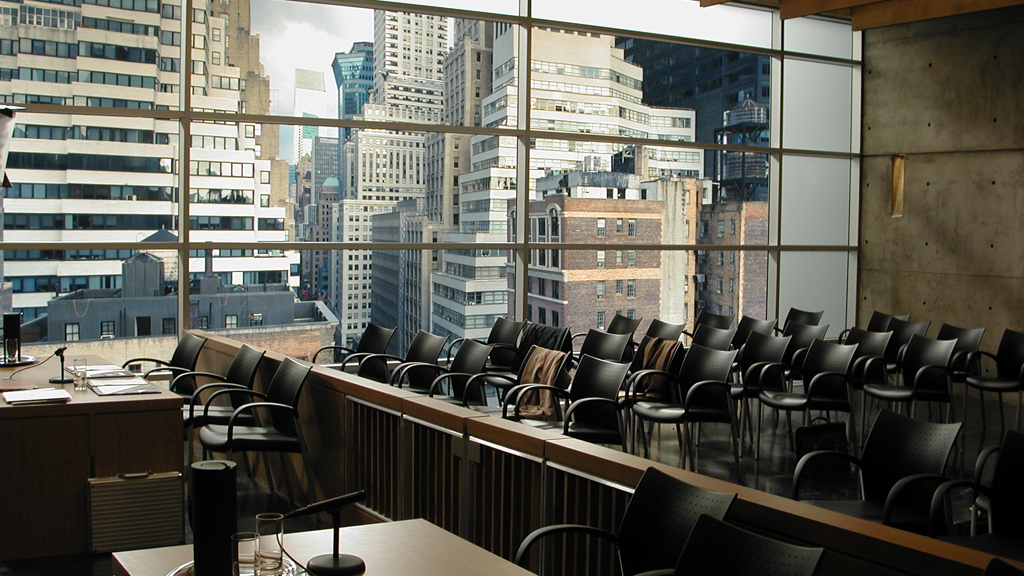 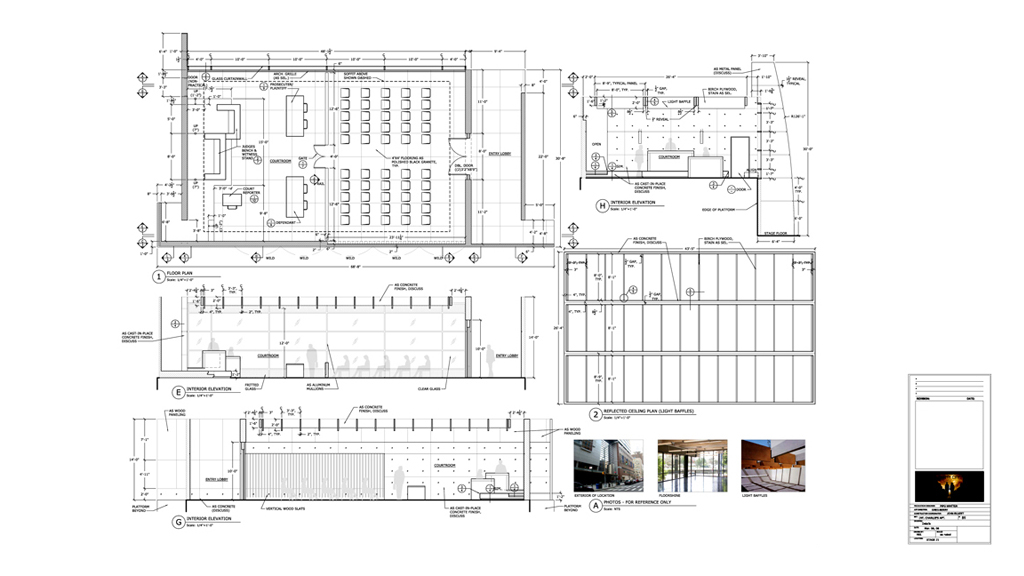 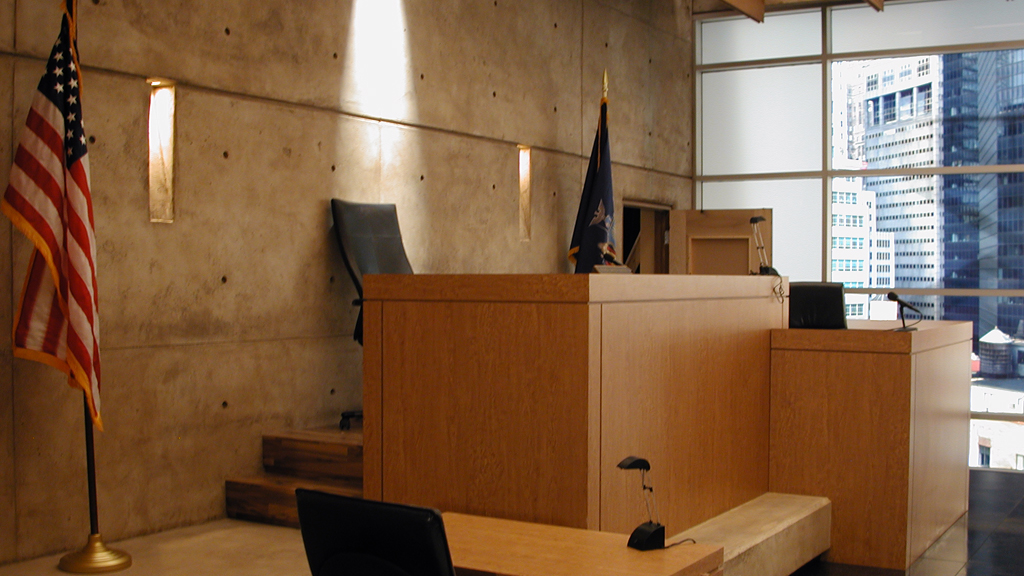 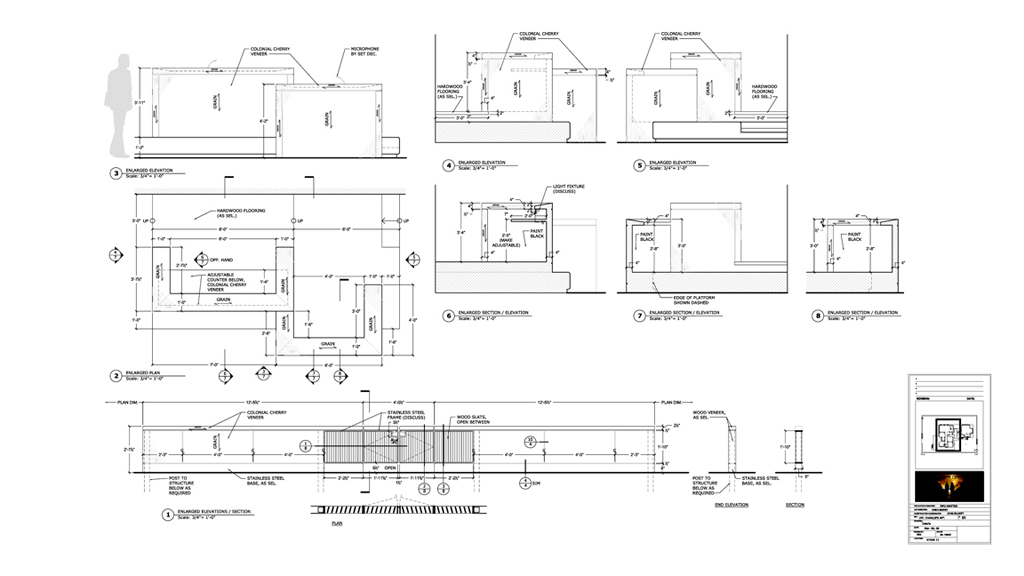 Record Store: This set was a extremely quick study in design and execution built into a small storage space at Sony. The Production Designer had research photos of various basement record shops in NYC that were the inspiration. I used the existing two walls and exposed wood structure of the storage room to help establish the ‘basement’ feel. A stair ‘to nowhere’ also picks up on basement finishes with brick walls, a brick arch and concrete steps – when properly lit gives the impression of descending from the street level. 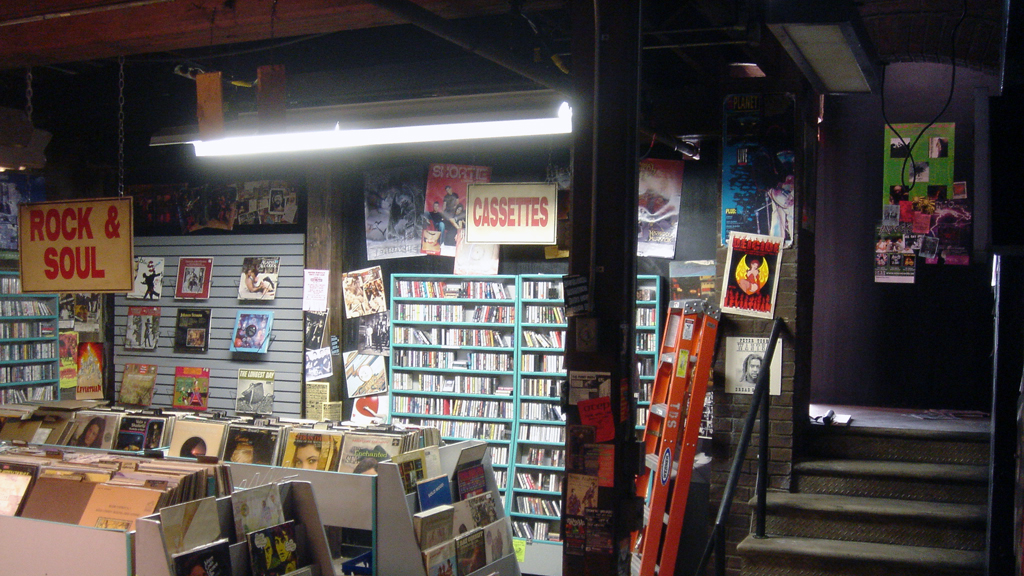 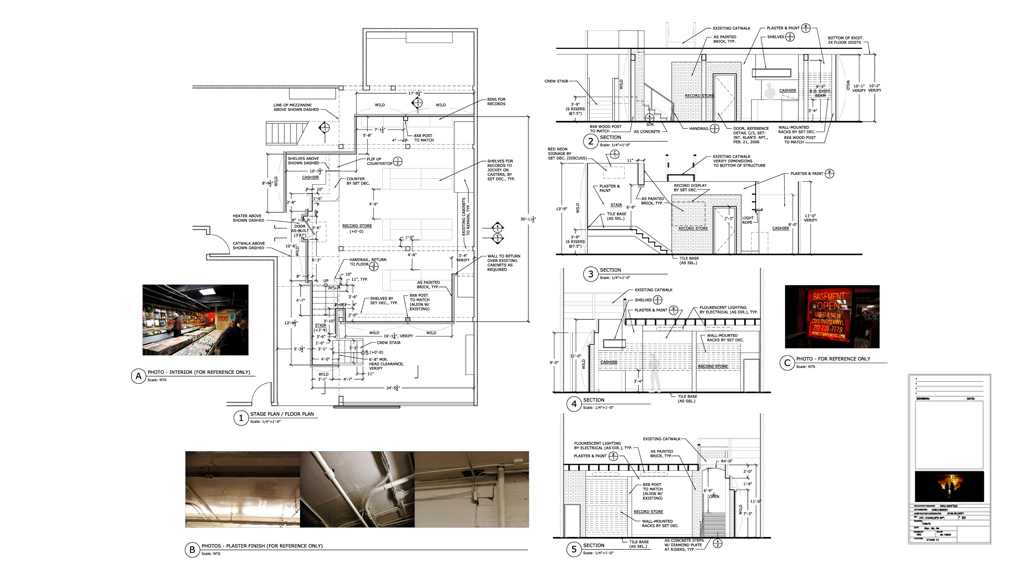 Charlie’s Apartment: The main character is a widower living in a large flat in NY. The design motto established by the Production Designer was late 80s, contemporary renovation. The building is a early 1900s brick condo building. I developed the design with the Production Designer from loose plan sketches and research. A long dramatic/desolate corridor was the basis for the apartment to highlight the widowers loss (with family pictures now on the floor) and isolation. Sony wanted us to include and feature a new tv projector/screen and their video game ‘Shadow of the Colossus.’ The videogame further represents the characters withdrawal from society after the death of his family in 9/11. There were four kitchens, central to the narrative and character, and a entry corridor that I also developed for the apartment. 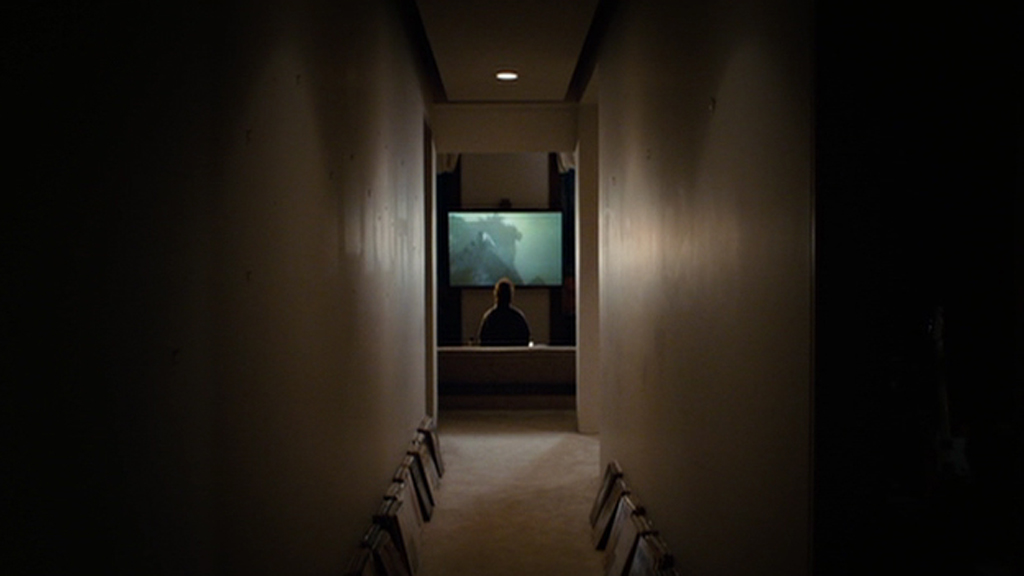 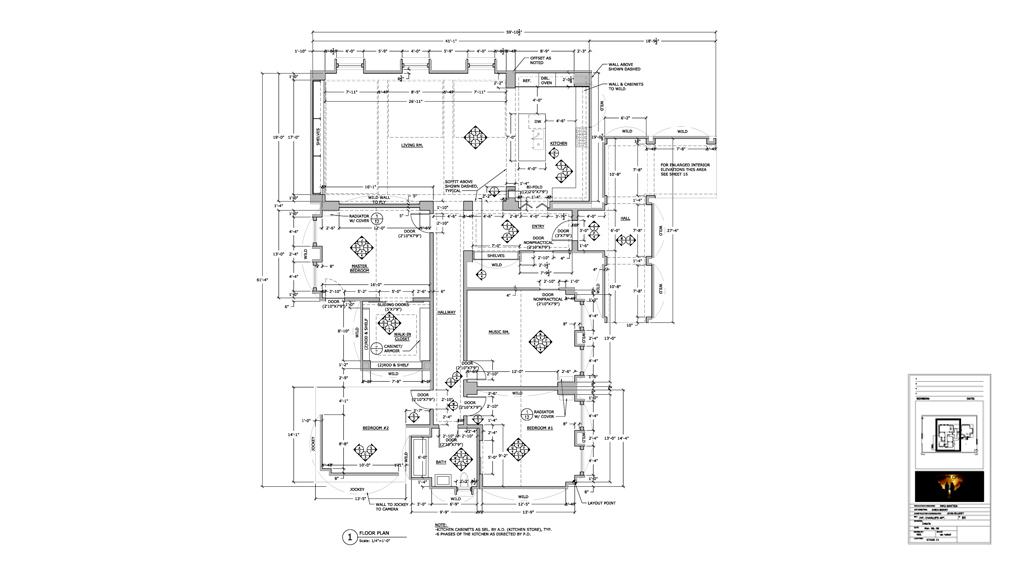 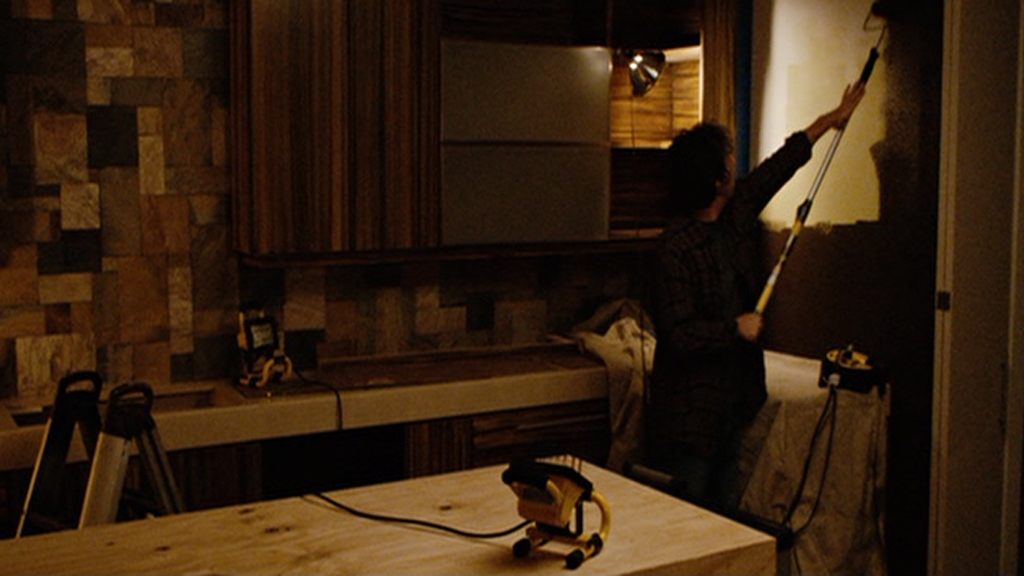