‘The Santa Clause 3’ is a family comedy/fantasy I worked on at Downey Studios for 5 months starting in 2005, where I was a digital set designer and model maker.

Santa’s Kitchen: Working from a illustration done by the Production Designer, the Kitchen took form as a great hall with a upper mezzanine level. A long entry corridor, with a series of reused arches from another set, provided a long perspective to highlight a pair of heroic entry doors – to give the set a grand sense of arrival. I was able to design and develop all the entrances complete with custom archways, doors and hardware. The heroic entry doors precedence was based on ‘The Wizard of Oz.’ The action centered around the great oven which I developed from a Illustrator’s concept sketch that would spew out cookies and gingerbread for the busy Elves. I was also tasked to design and develope a number of other props and set elements; stoves, spiral staircases, shelves, cooking bins and a grand oven hood. 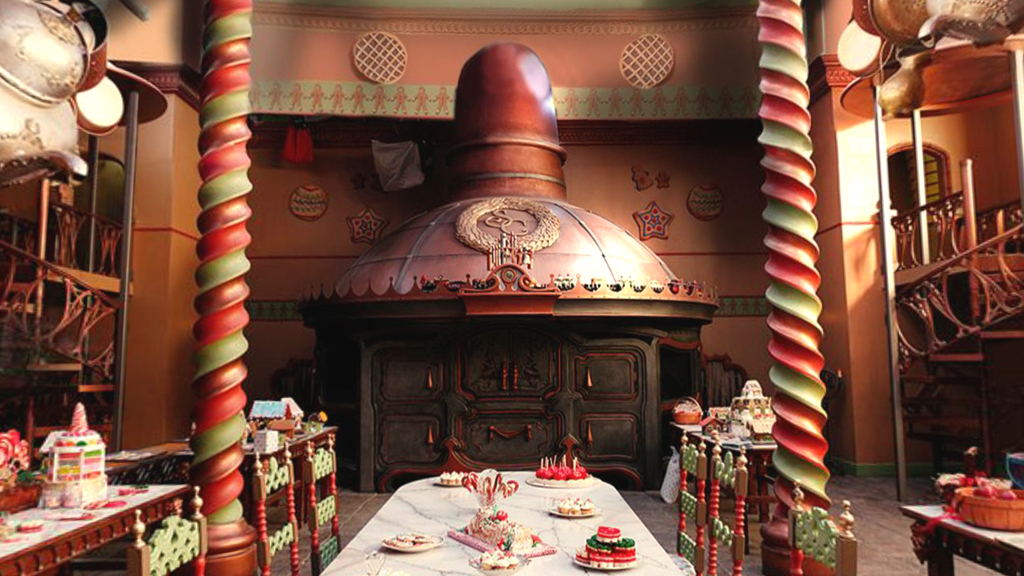 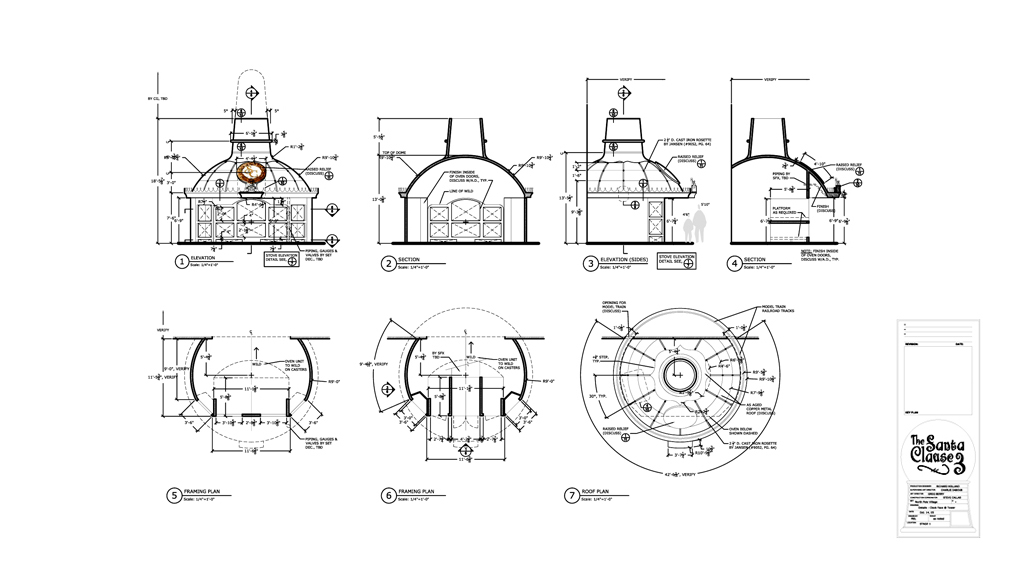 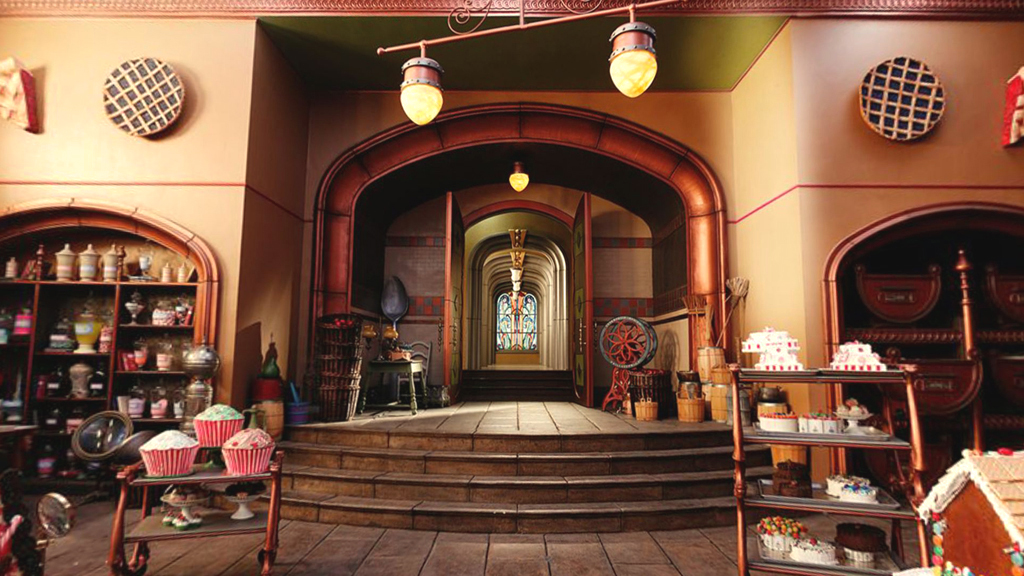 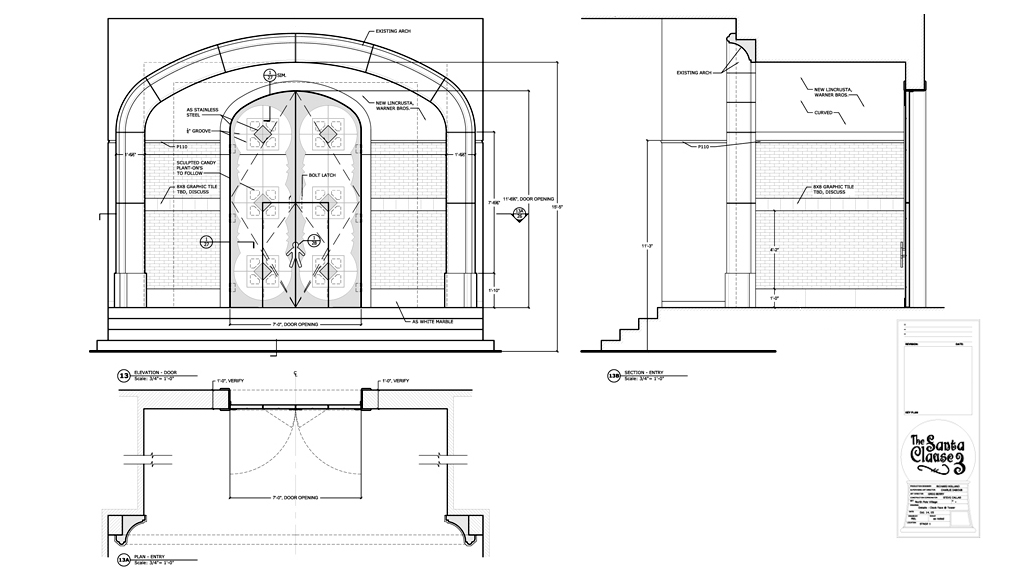 Santa’s Classroom: This was a small, intimate set scaled to Santa’s Elves (which were played by grade-school children) that was full of child whimsy. I developed the design for the windows and entrance door based on photo research of a Antonio Gaudi door, meets Disney, to work with the jewel box space. 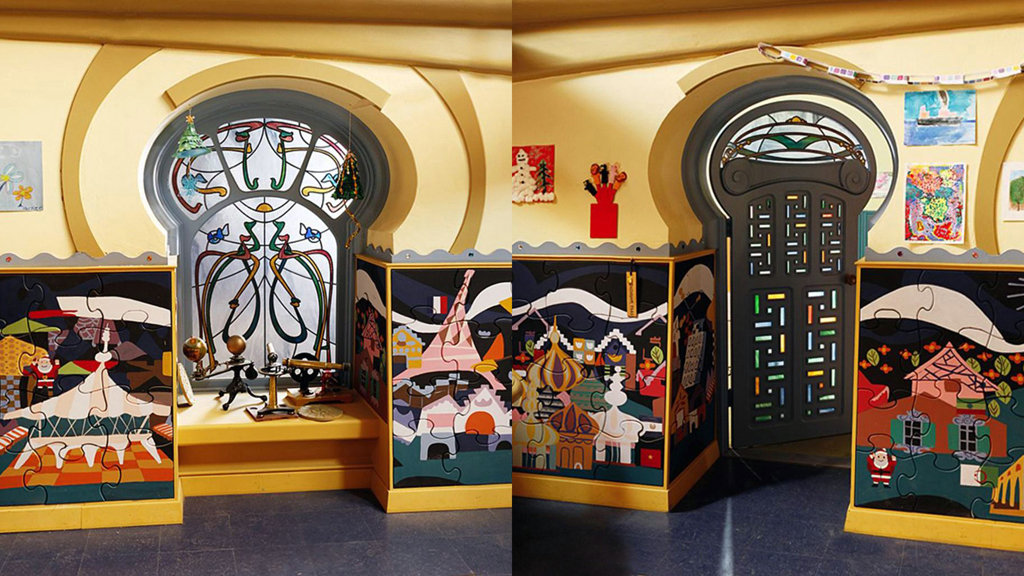 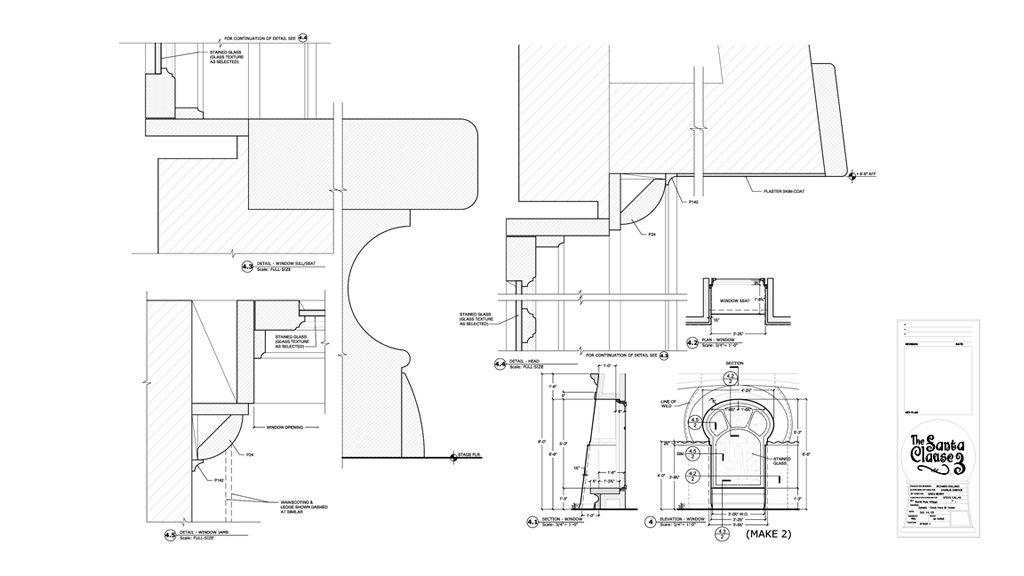 North Pole Village: The 360 degree set of the NPV was built in LA’s largest warehouse now used as stages at the old Nasa/Boeing facility in Downey. SC3 had inherited the design of the NPV from SC2. Due to budget constraints, the set was scaled back and redesigned. A white model was built to master plan the space and relationships between the different buldings and action. The NPV’s design was divided up amongst five set designers. The inherited designs were altered, moved and enhanced with such elements as bays, balconies, bridges, additional windows and stairs, to give the set more layers of movement and interest. I worked on a series of five buildings, only three of which were built due to budget and schedule which was constantly altering the design. 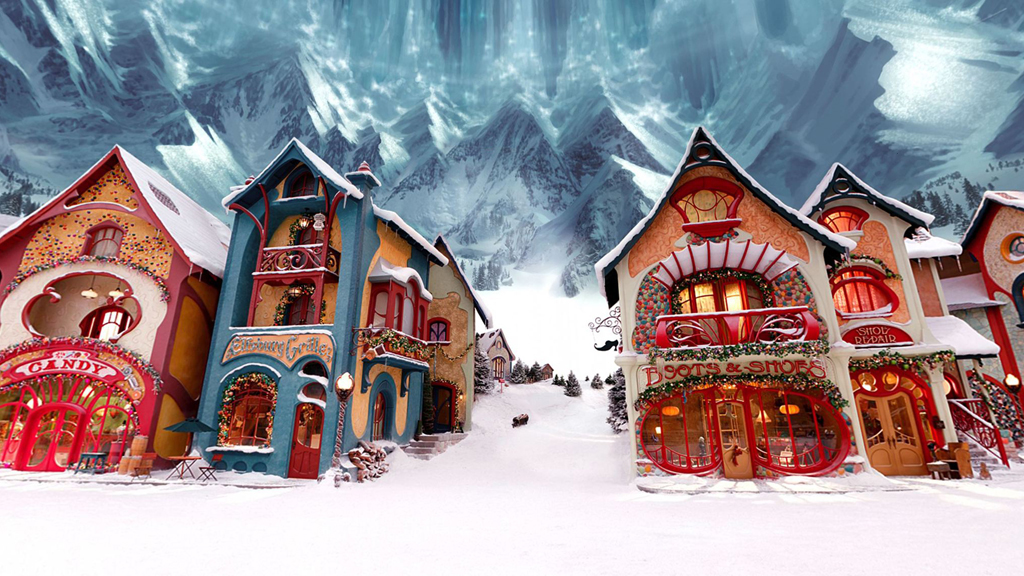 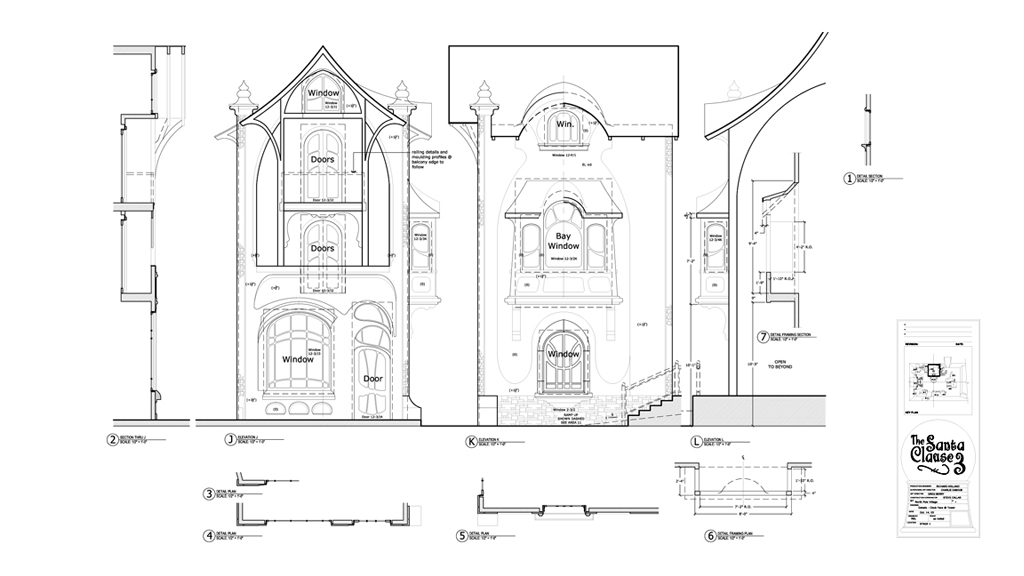 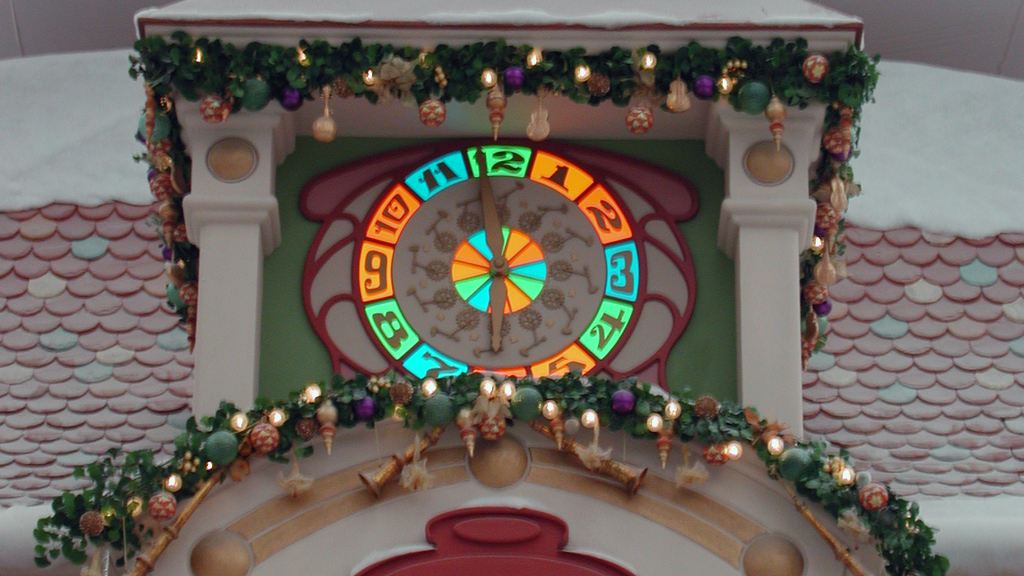 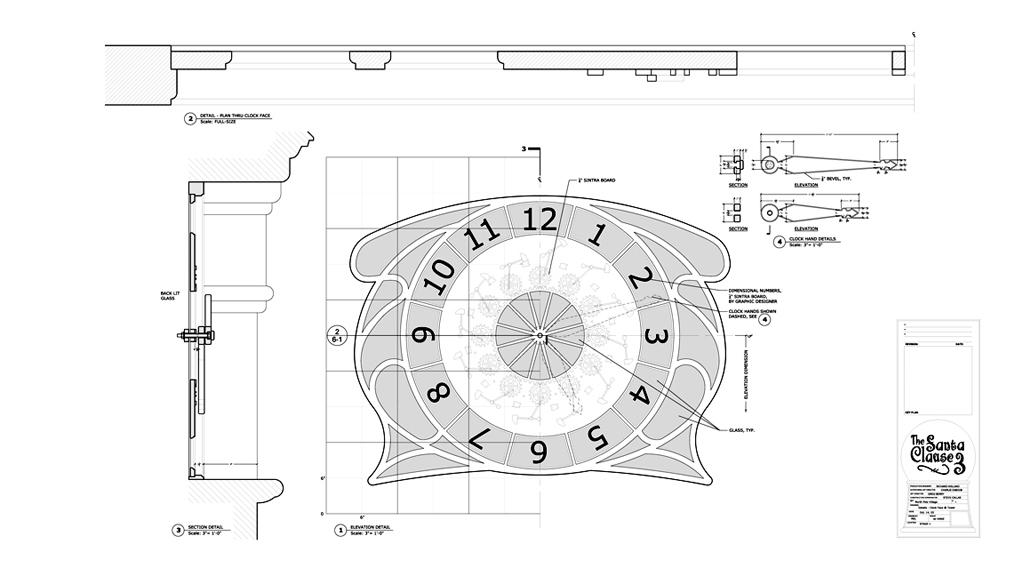 Santa’s Hallway: The design and detailing of this hallway was based on photo research of a Gaudi space. The research of Art Nouveau architects was central in establishing the fantasy look and aesthetic of SC3. The dynamic arches of the hallway provide tension and transition to the main entrance into Santa’s living room. 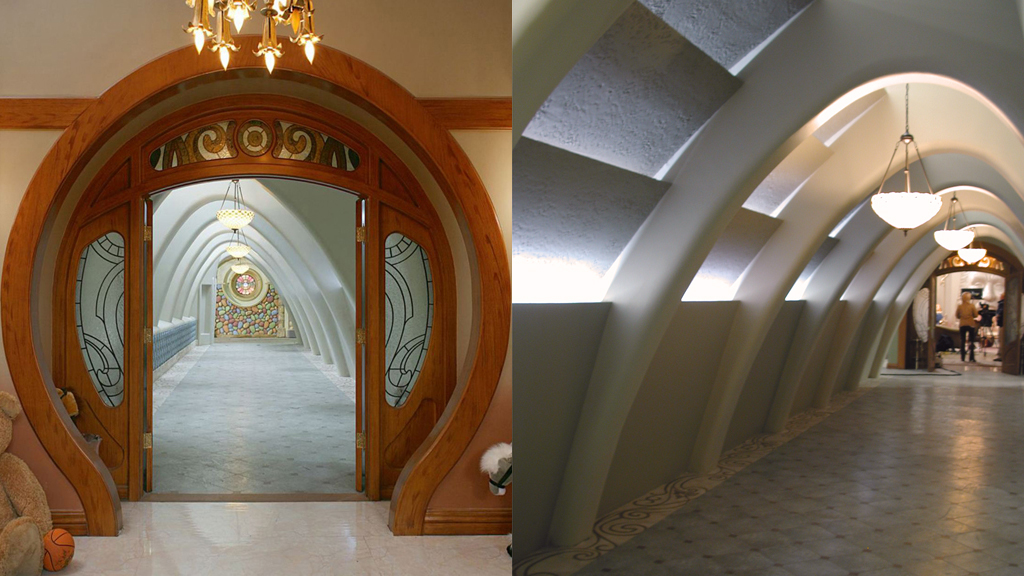 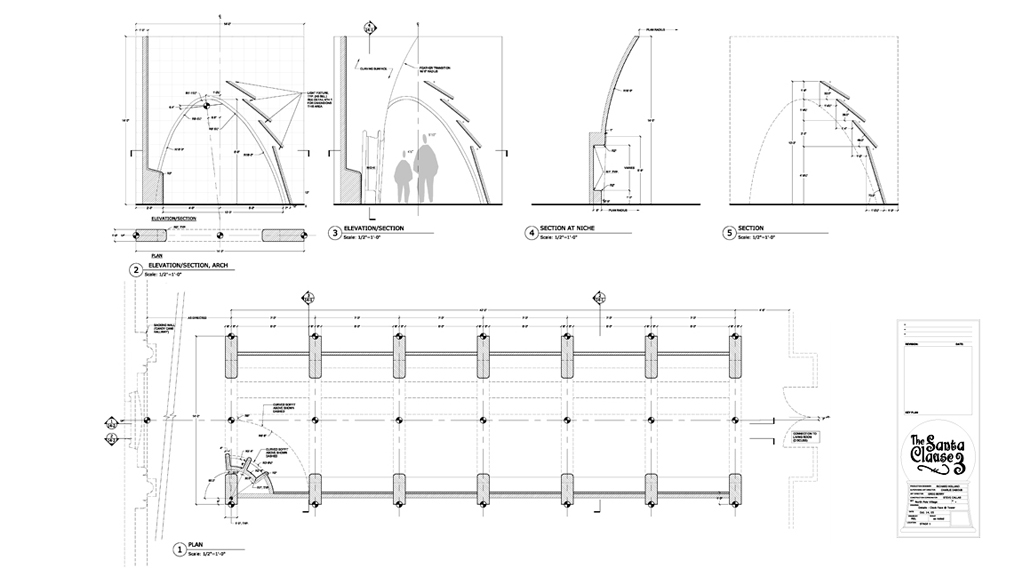