‘Ugly Betty’ is a ABC primetime dramedy I worked on at Raleigh Studios in Hollywood for 6 episodes during Season 1 starting in 2006, and 10 episodes for Season 2, where I was a digital set designer. As a core concept, ‘Ugly Betty’ consisted of two distinct worlds: The warm, eclectic, colorful, Latin family-oriented world of Betty paying homage to her Hispanic roots in contrast to the high gloss world of high fashion editorial portrayed by Mode magazine and the Meade family.

Betty Suarez House: The permanent set of Betty’s house was roughly based on a existing location in Queens, NY, used in the pilot episode. Versus literally recreating this real life location, we used it as a departure point for creating Betty’s world on stage. Permanent sets need to be truly flexible to serve the writers and directors of single-camera tv. Working closely with the Production Designer, a floorplan layout emerged after many iterations. What is successful is how a series of spaces align at the entrance, then stagger from the living room, to dining room, to kitchen beyond. This slight stagger or diagonal, gives the spaces a dynamic and extended feel that worked well on camera. The kitchen beyond, was central to Betty’s family life and was really the ‘heart’ of the house. Vibrant colors and wallpaper were used to highlight Betty’s latin roots and were balanced by the use of natural oak trim and floors, which added warmth. 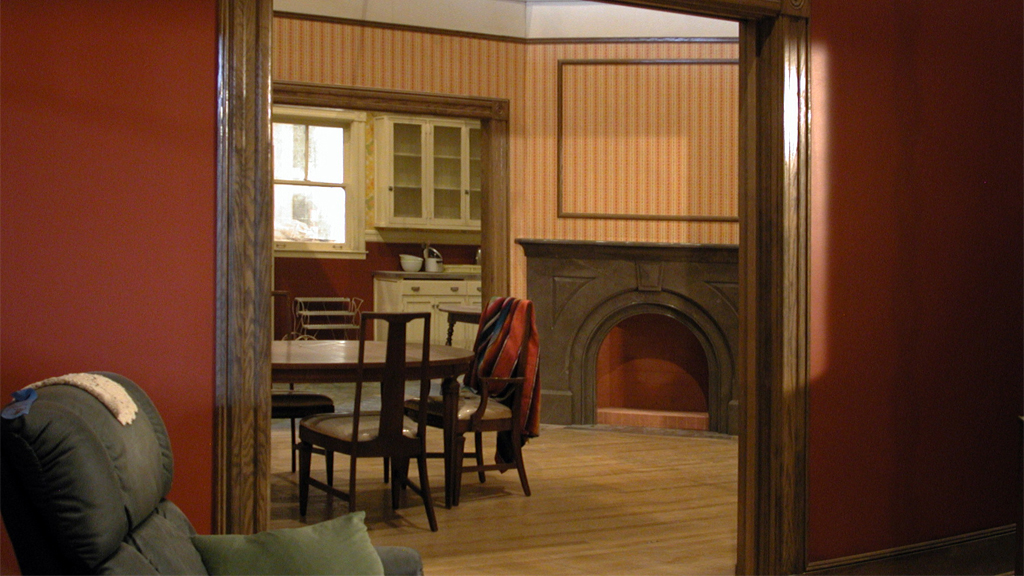 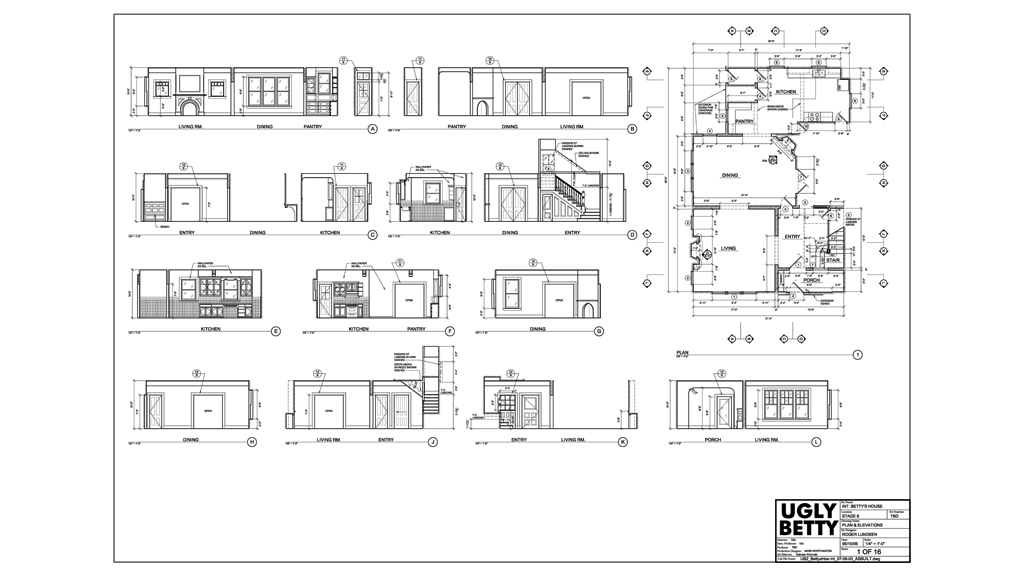 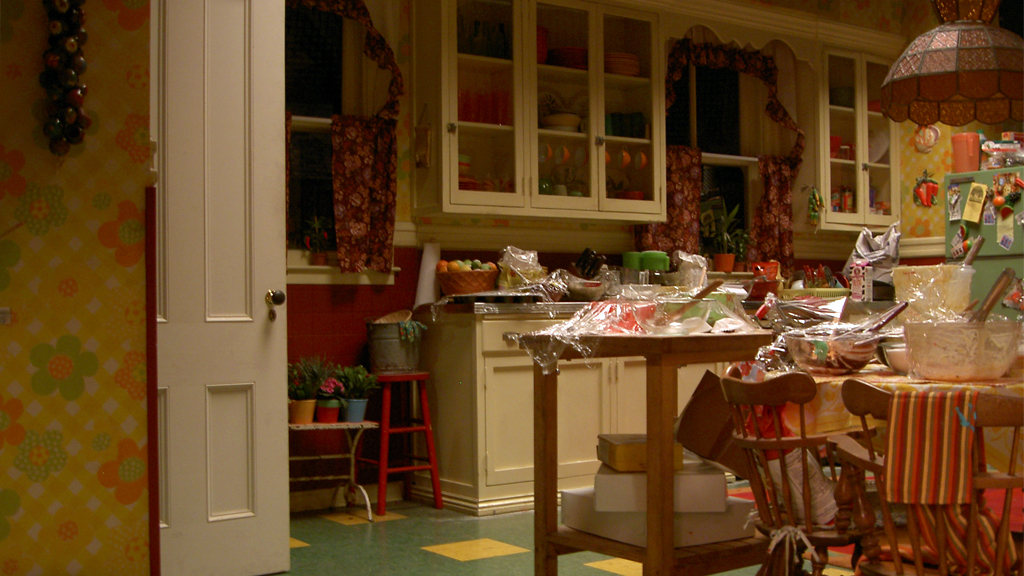 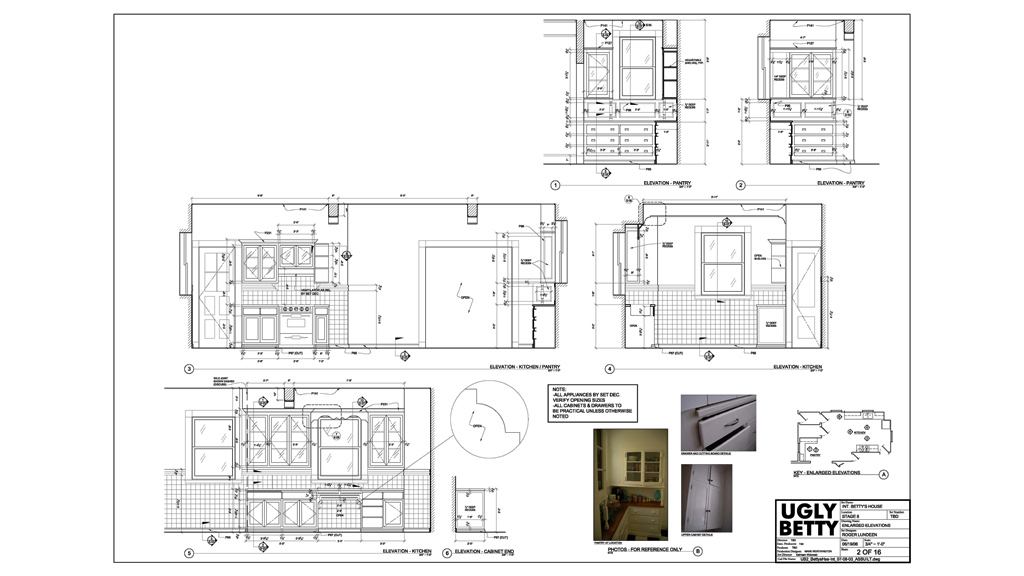 Exterior Betty’s House: I developed Betty’s exterior house and stoop from photos of the existing location and as an extension of Betty’s house permanent set. Visual effects referenced these digital drawings and photos of the finished set to build the second story of the house and neighboring houses for digital set extensions added in post. 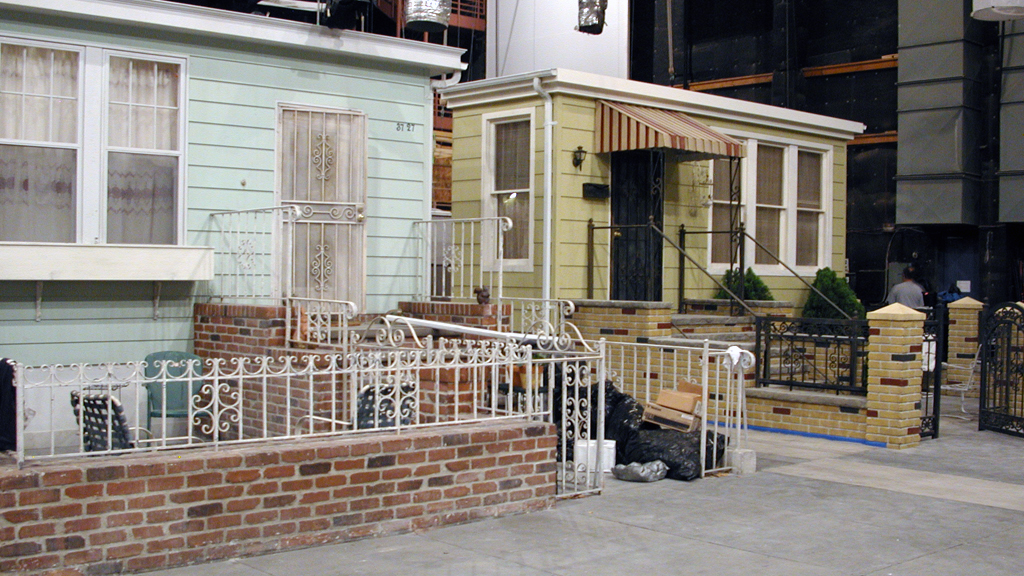 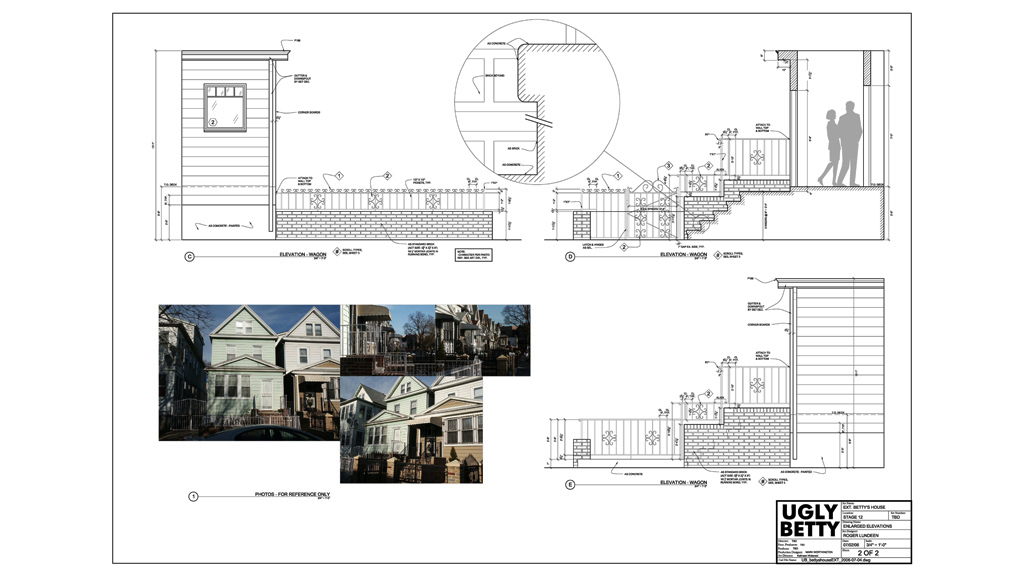 Mode Office Reception Desk: Working with the Production Designer and the Set Designer of ‘Mode,’ I helped develop the reception desk and conference table. Special attention to details was given to conceal light fixtures at the transaction counter and floor base, and to the module of the desk expressed in reveals that hide joints so the furniture can be broken down and easily moved. 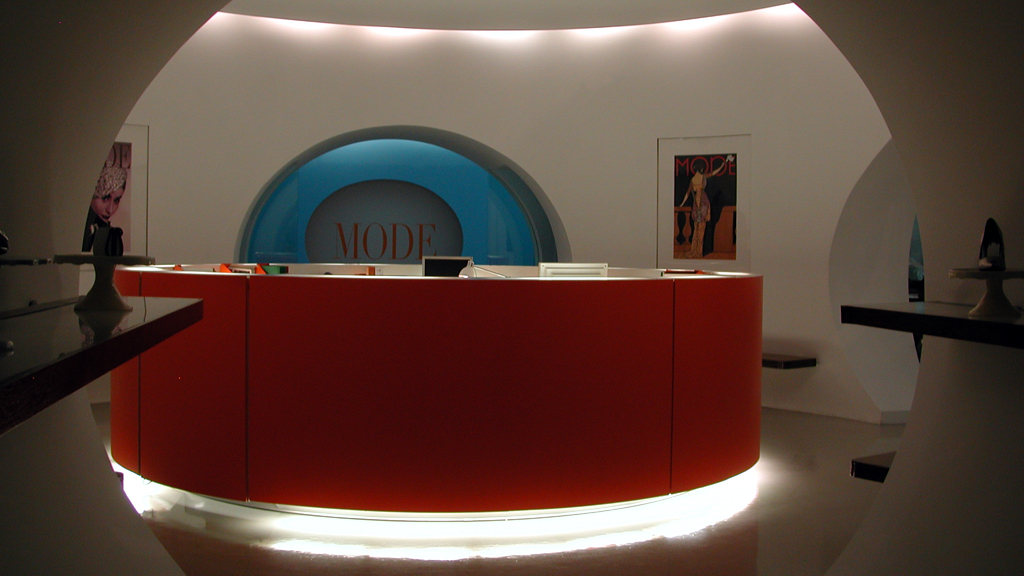 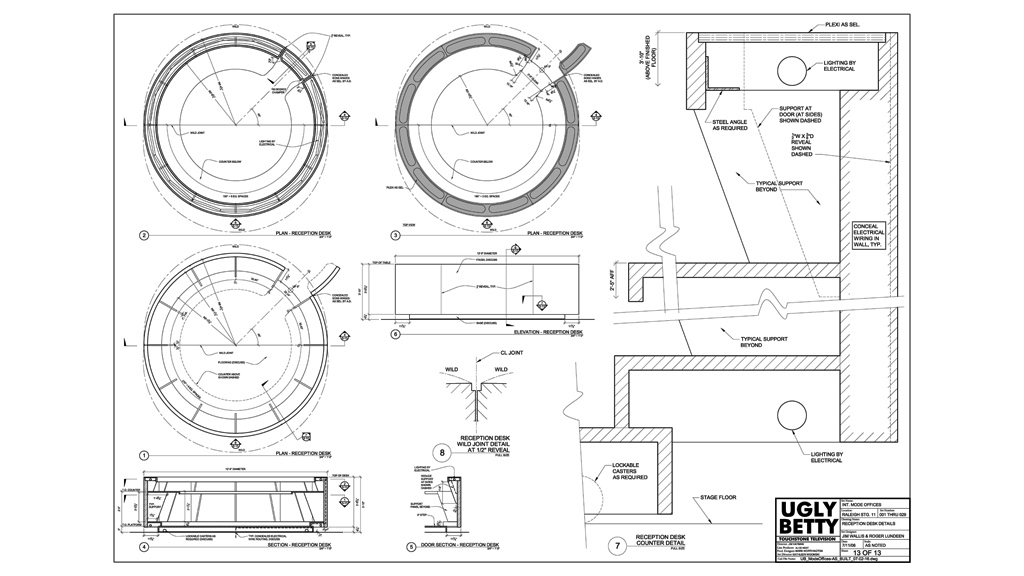 Fey’s Secret Room: Designed as a secret lair behind the office walls of Mode, the script called for a secret entrance built into the wardrobe racks from the closet. Board formed concrete mixed with metal stud walls, glowing tranluscent plexi glass and the signature oval windows – give the space a sense that is was built into the nooks and crannies. 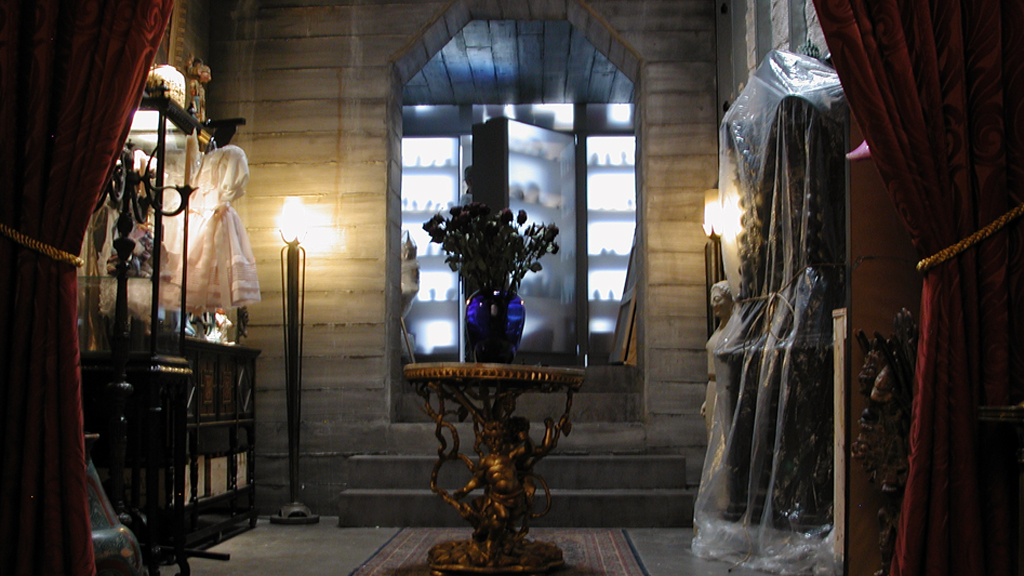 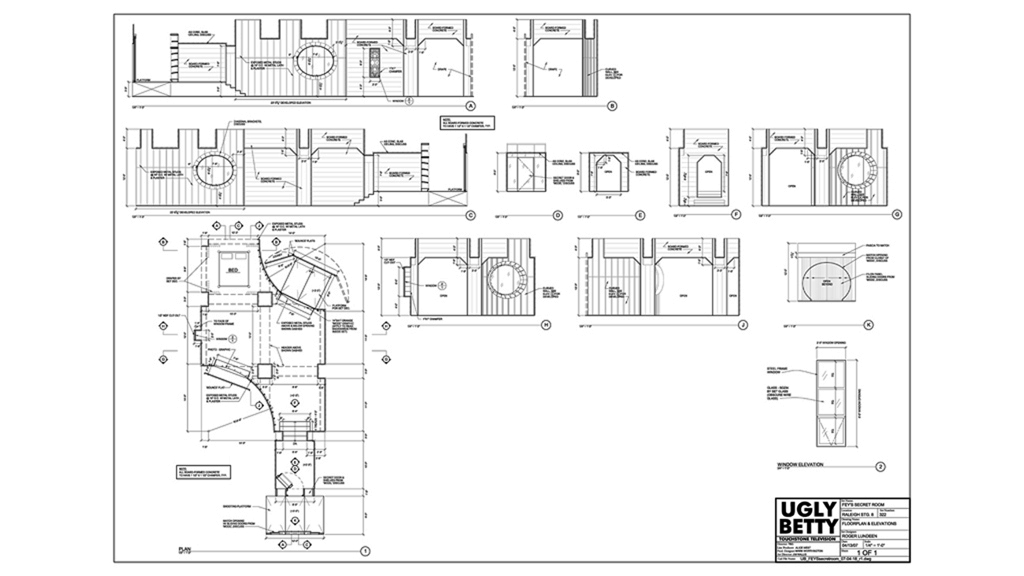 Interior Mode New Closet: The location of the closet in Mode moved to accomodate new offices added to the permanent set. For this new location I developed the design for a series of moveable wardrobe racks. Lighting was integrated into the jambs of the racks to light the garments and shoe racks made of plexi-glass shelves. The vertical lights also became a visual cue for marking the entrance of the New Closet. Orange plex, with clear, was used in the shoe racks to further emphasize the Mode brand. 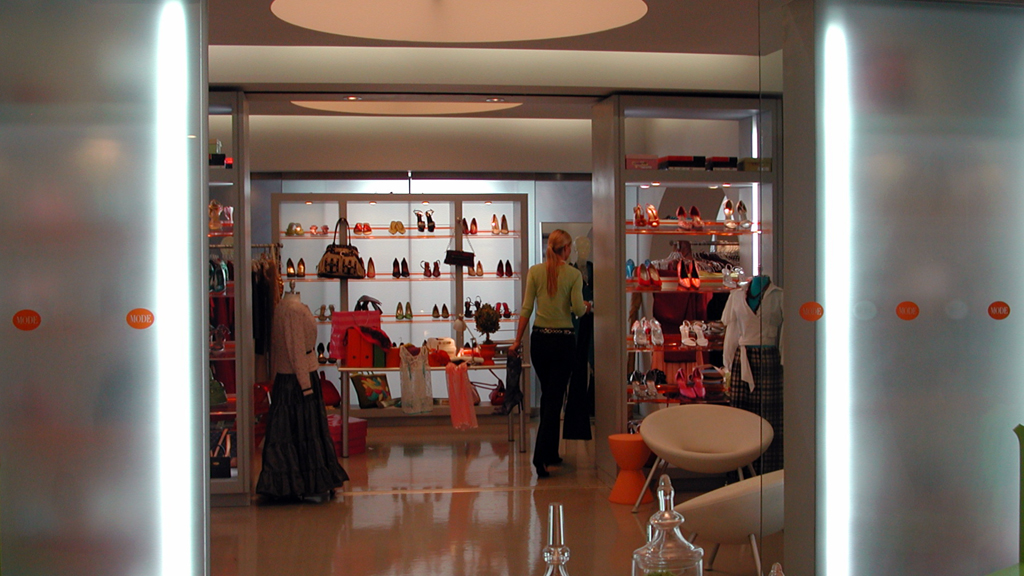 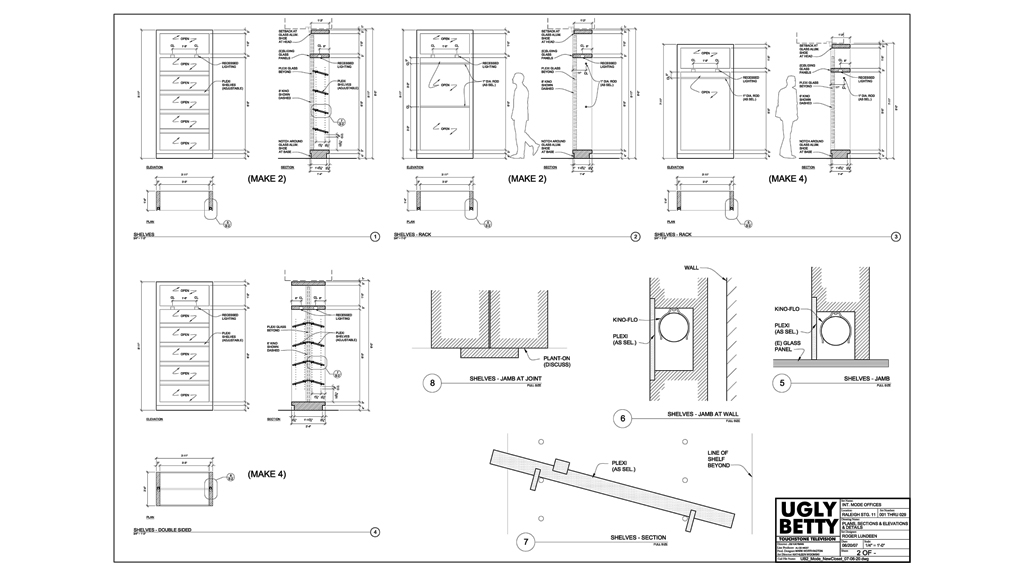 Interior Henry’s Apartment: With the Production Designer, I developed a modest studio NYC apartment and corridor for Betty’s love interest, Henry. Period details throughout the small space – at the exterior walls, windows and headered openings – provide relief, interest and character. A pair of arched windows, carefully detailed, hint at the exterior of the main facade and frame a NYC view beyond, via a translight backing for night shots. 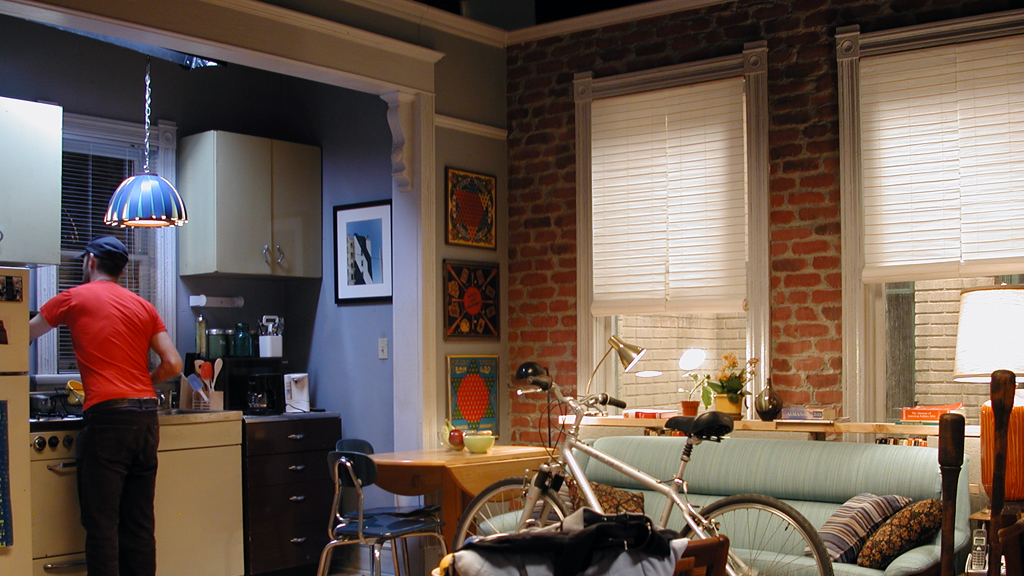 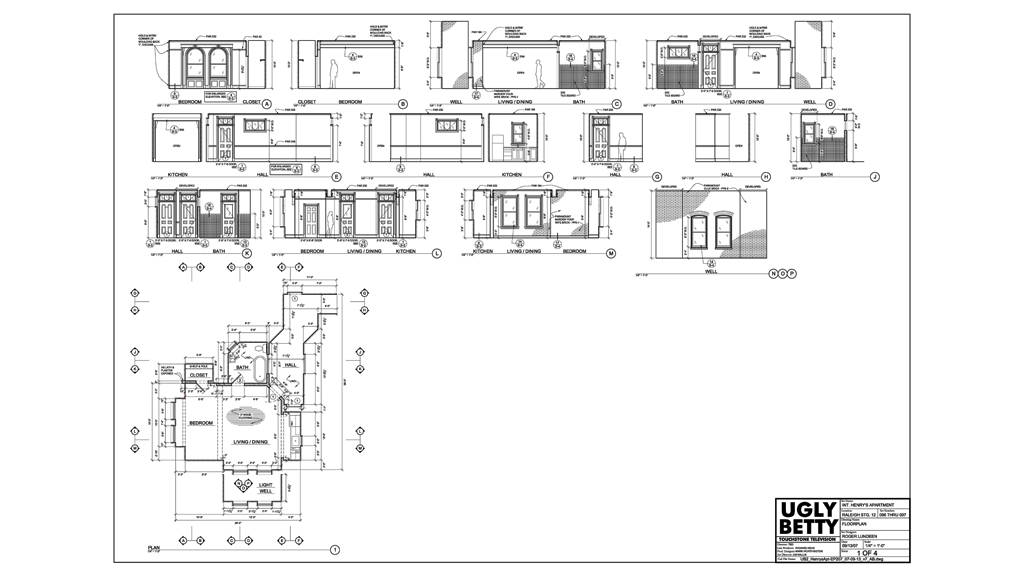 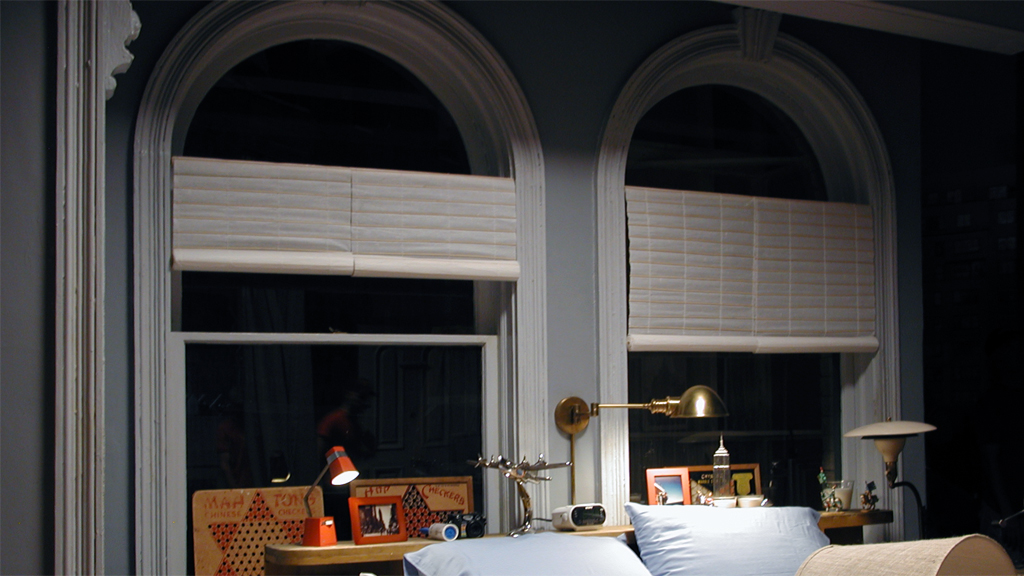 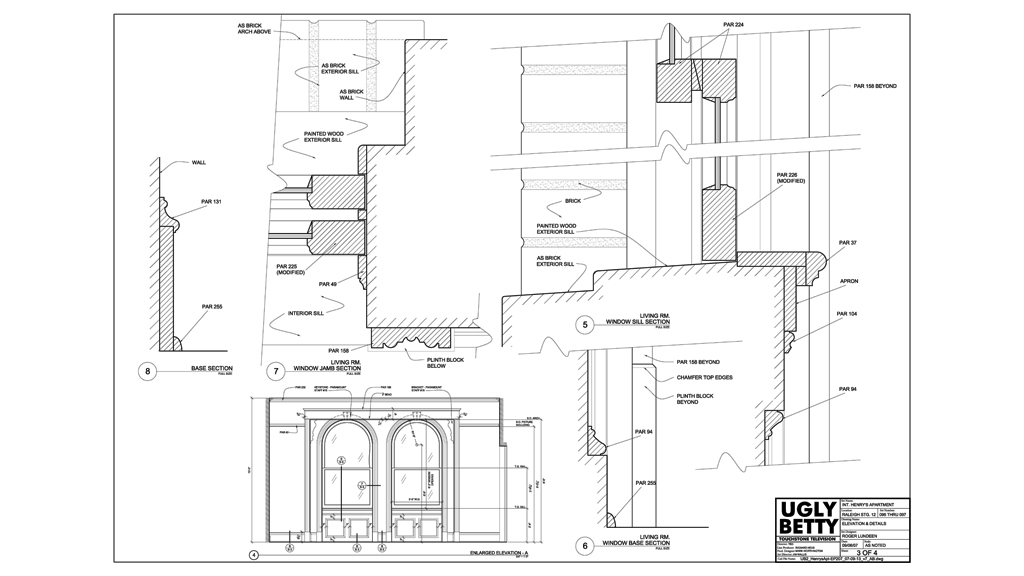