de_vertigo: This project is a example that illustrates the way I look at videogame environments as an architect and my ability to solve visual/spatial/stylistic problems and integrate design solutions through art passes.

Tasked with developing the new look and feel for de_vertigo, I designed the style framework through establishing a modern skyscraper architectural language. The original ‘before’ level shows a concrete structured high-rise on floors 88 and 89 topped with a steel structure. Modern concrete structure buildings are incapable of achieving those heights, so I replaced the concrete structure with steel beams and columns on a rough grid around the perimeter. This solution opened up the perimeter of the two levels and allowed more light and visibility at the edges and enhanced the feeling of ‘vertigo.’ The original ‘before’ level also lacked a building core to the skyscraper. I added a concrete shearwall core that adds a realistic component to the steel column and beam construction system, which is anchored off of the core, and provides an area for the introduction of elevator shafts. Within the concrete core of a skyscraper you would have the vertical transportation (in terms of fire-stairs and elevators), mechanical/electrical/plumbing systems, restrooms and storage areas. The elevator shafts provided a unique/immersive opportunity to introduce the sensation of ‘vertigo’ not just at the perimeter of the skyscraper but now also in the center of the map! 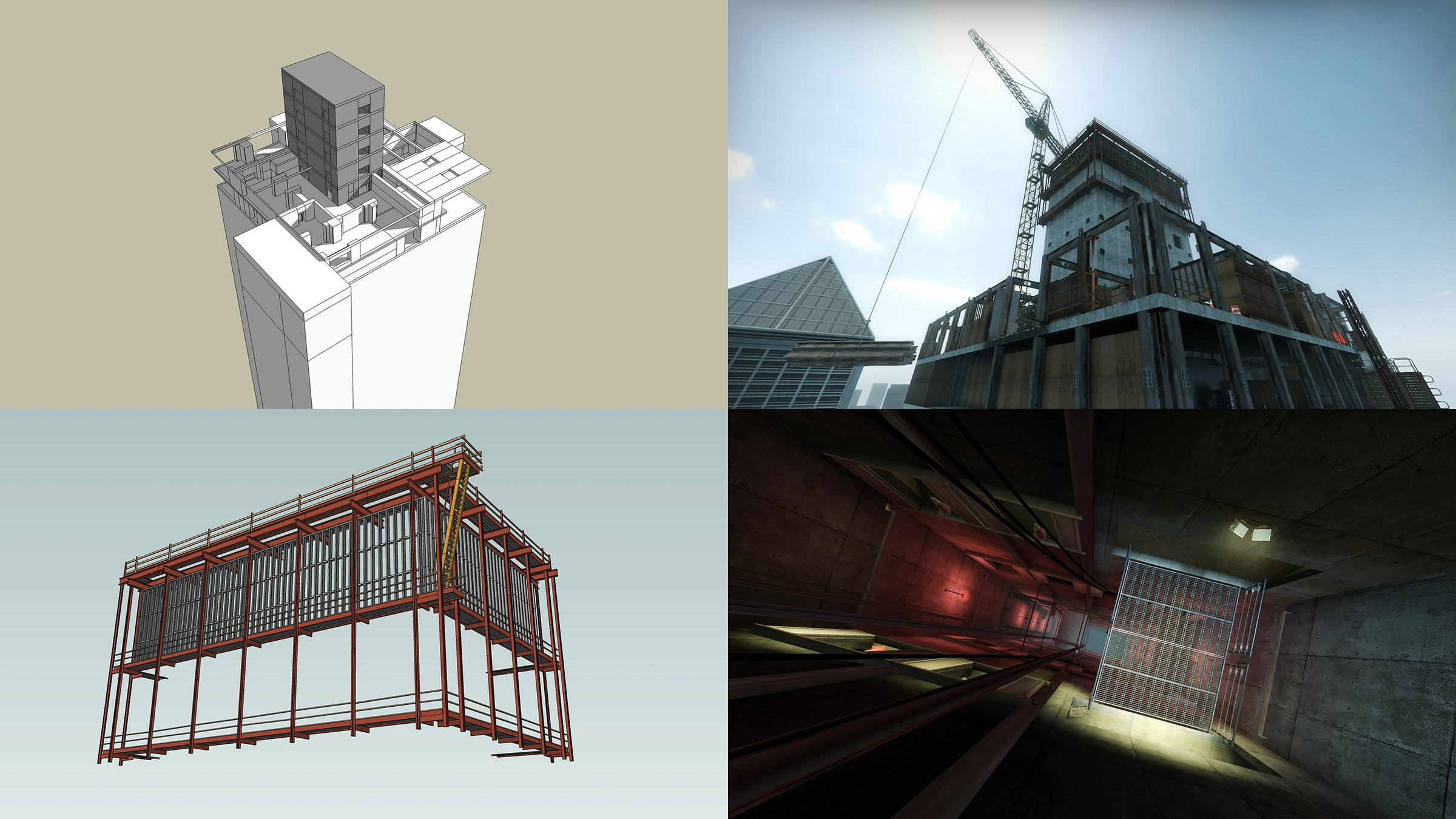 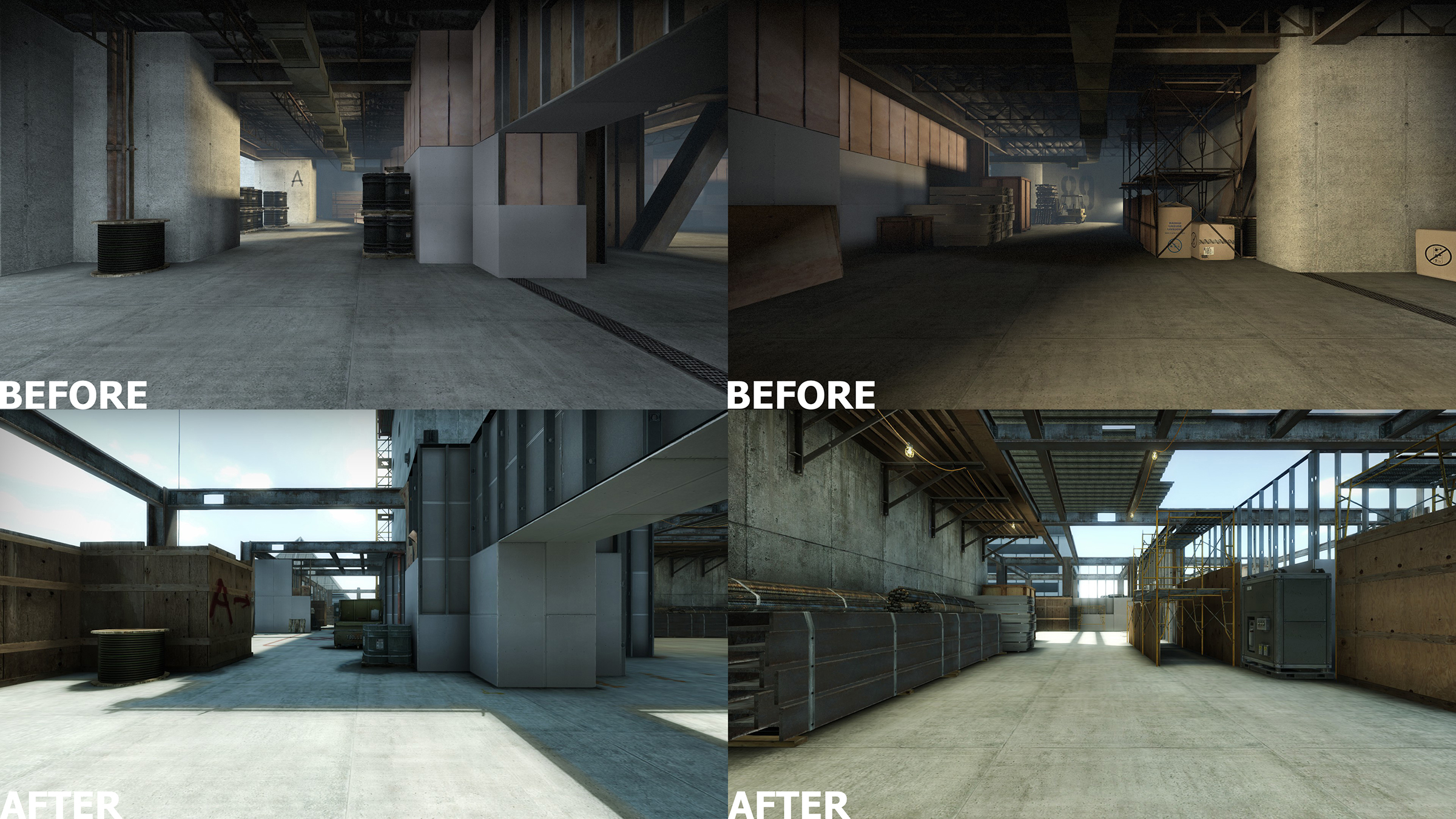 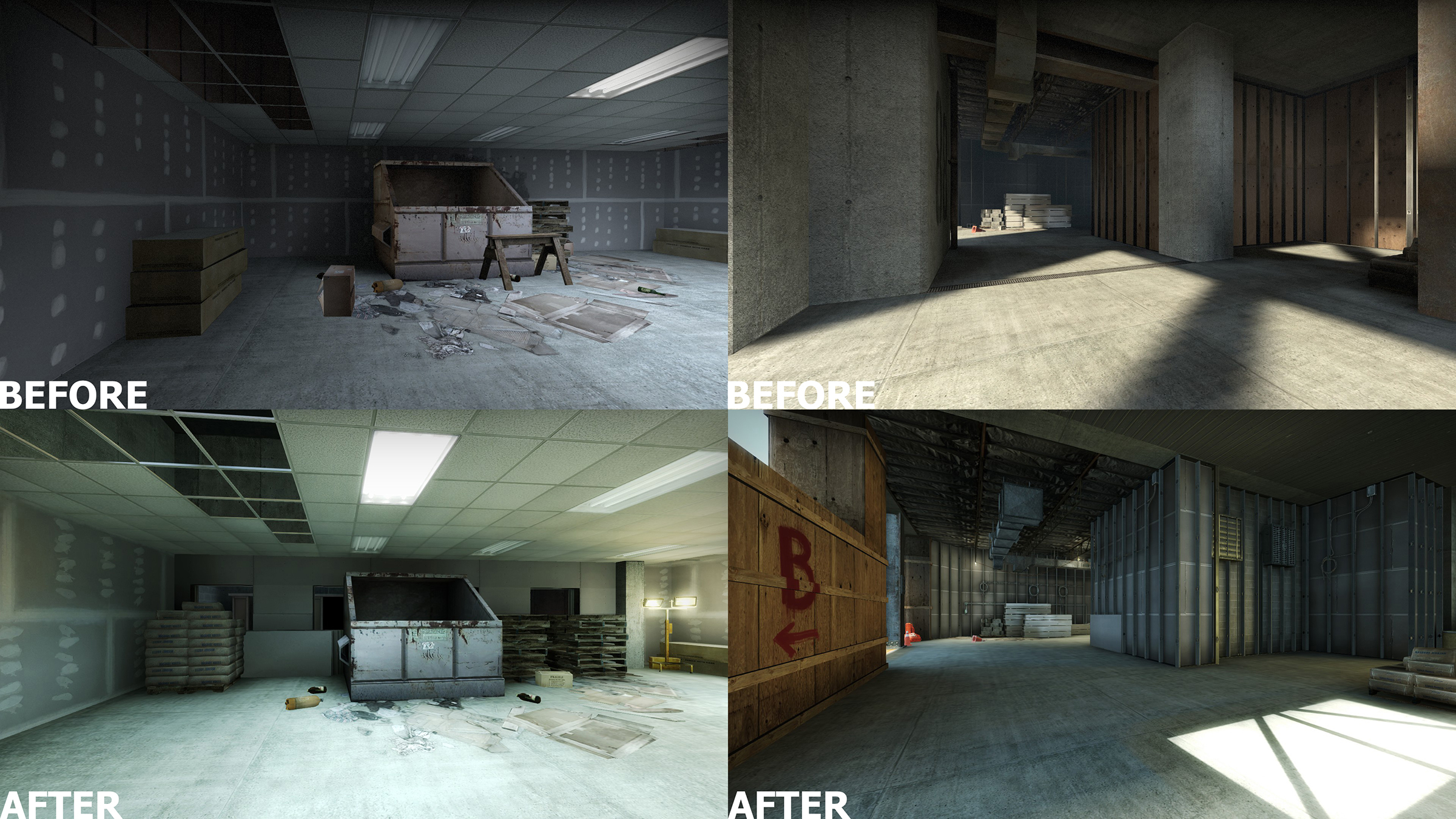 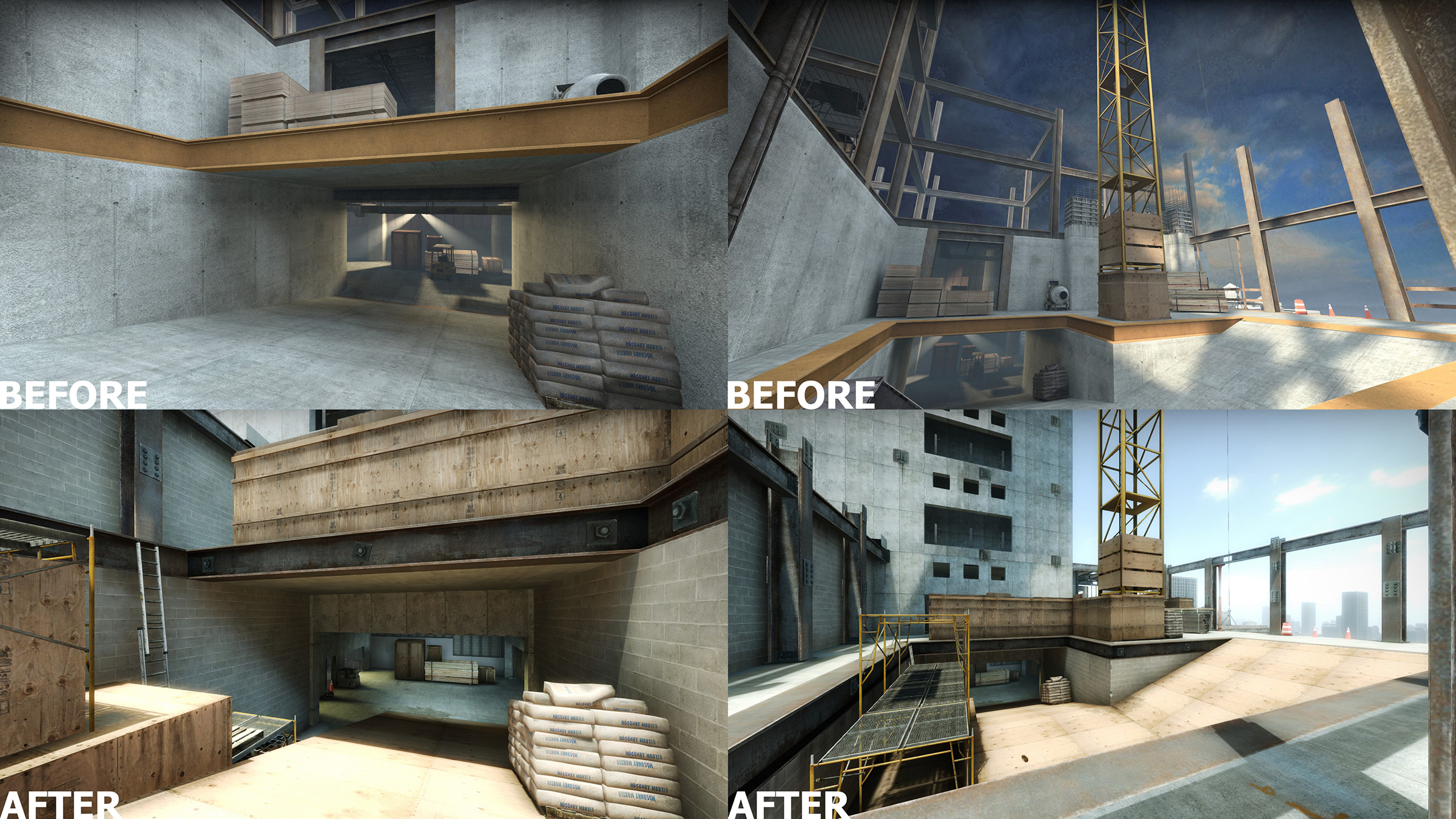